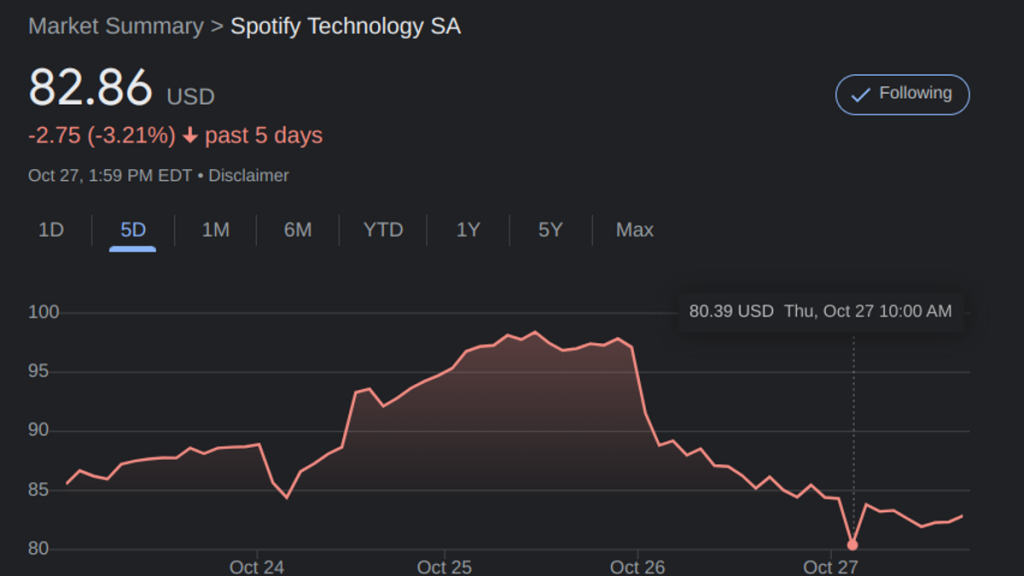 Gross profits and gross margins have improved, but operating losses landed at €228 million. Spotify says that ‘despite ongoing economic uncertainty,’ it’s generally pleased with the overall results. Wall Street remains unconvinced as shares of the audio company have fallen close to 70% year-to-date. The stock is down more than 34% from its opening share price of $148 in 2018.

Spotify may struggle to make headwinds against the major players in the space like Apple, Google, and Amazon. All three of these major corporations offer a competing music and podcast option. Spotify’s play throughout 2019-2021 was to acquire exclusive podcasts. That strategy has helped it serve up more ads and increase revenues, but it has also generated a fair bit of controversy for the company.

The company’s recent strategy of offering audiobooks to its users is also facing challenges from Apple. Audiobooks are unable to be purchased on iOS & Android devices – which presents a barrier to entry that is non-existent for Apple and Google audiobook offerings. (Amazon is subject to the same restriction here–Audible users must make their purchases on the Audible website.)

Meanwhile, Spotify prices in the US and beyond will likely increase in 2022. CEO Daniel Ek says it’s “one of the things we would like to do and it’s something we will [consider] with our label partners. I feel good about this upcoming year, and what it means about pricing for our services,” Ek continues. Spotify will probably bump prices of its singular $9.99/month plan, which has remained at that price for more than a decade now.