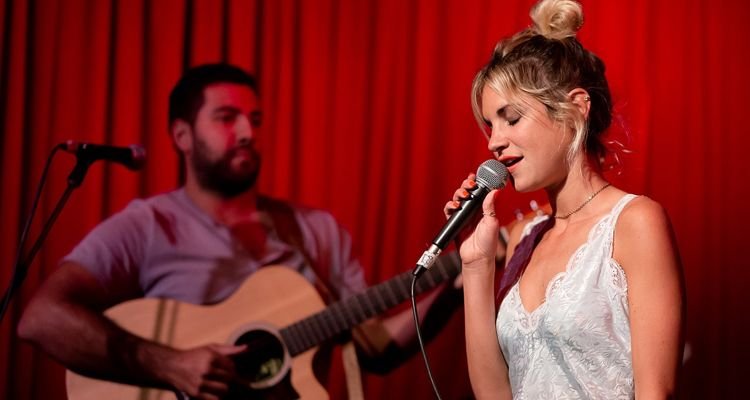 Warner Chappell Music has signed a global admin deal with highly sought-after singer-songwriter Amy Allen. An acclaimed hitmaker, Allen has written singles for Harry Styles, Halsey, Selena Gomez, and Lizzo, among many others.

Amy Allen recently became one of the first songwriters to be nominated for the newly-established Songwriter of the Year category at the 65th Annual Grammy Awards. She also received a nomination for Album of the Year for Lizzo’s Special and Harry Styles’ Harry’s House.

“I’m beyond excited to be joining the Warner Chappell family in this next chapter of my songwriting career,” says Allen.

“It’s an incredible feeling to work with creatives who push you to be better and who wholeheartedly believe in you, so I feel especially grateful for the opportunity to collaborate with the legendary Ryan Press and, of course, my partner in crime, Gabz Landman, who has been with me from the very beginning.”

“Amy has made a name for herself in pop music, helping to pen many of the genre’s biggest hits,” says Ryan Press, President of Warner Chappell Music, North America.

“Her recent Grammy nomination for the first-ever Songwriter of the Year Award is a huge, once-in-a-lifetime opportunity and an incredible moment for her. We’re so proud to be on this journey together at such an exciting and pivotal time in her career.”

A native of Portland, Maine, Amy Allen started writing songs when she was ten. She honed her writing skills while pursuing her passion for songwriting at Berklee College of Music. After graduation, she formed the band Amy & The Engine and began working with songwriter Scott Harris.

In 2018, she co-wrote Halsey’s hit, “Without Me,” and Selena Gomez’s “Back to You.” Since then, she has worked with some of the biggest names in music, including Justin Bieber, Camila Cabello, Shawn Mendes, and Harry Styles.

In 2020, she was recognized on the coveted Forbes’ 30 Under 30 list while embarking on her solo career. In 2021, Amy won an Ivor Novello award for her work on Harry Styles’ “Adore You.” More recently, she co-wrote Styles’ “Matilda” and helped pen Selena Gomez’s “My Mind & Me” for the original documentary Selena Gomez: My Mind & Me.