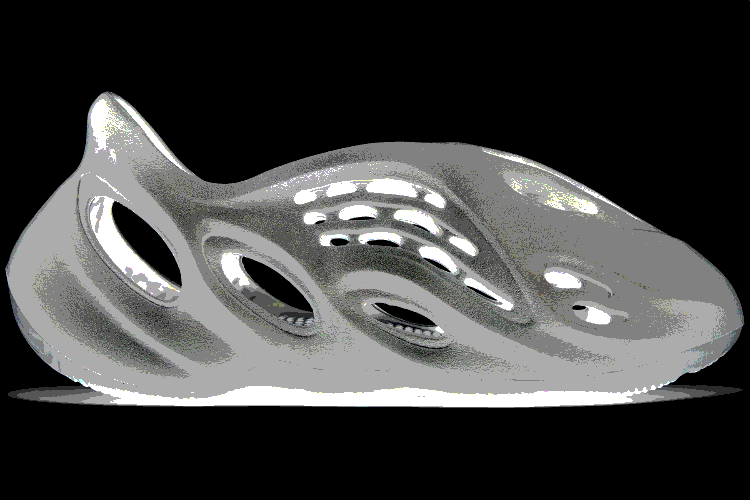 If there was ever a deal with the devil, Adidas nailed it with their Kanye West Yeezy partnership.

Kanye West, or Ye, is a uniquely disastrous trainwreck. Then again, so is every celebrity trainwreck, whether musician, athlete, Hollywood actor, or soaring crypto-billionaire. But for many within the music industry — whose job it is to make musicians famous — these outcomes are particularly bitter. It doesn’t matter if it’s Michael Jackson or Kurt Cobain: fame is something this industry delivers but has limited tools to deal with once it gets out of control.

Sadly, the fame monster is rarely put in check if big paychecks are rolling in. Sometimes, the problems aren’t even addressed. That’s what happened over at Adidas, where the focus is now containing the fallout from a severely toxic — but highly lucrative — partnership with Ye.

Anyone outside of Adidas, including Yeezy sneaker enthusiasts, would have little idea what was happening inside the building during the partnership years. A deal was signed, and a string of legendarily-different shoes emerged. Sure, Kanye’s always been crazy, though his escapades were viewed as ‘good crazy’ outbursts. It all was part of the ‘mad genius’ package.

And arguably, that’s what’s going on with Kanye West — madness, and not the good kind.

Brilliant creativity often has a dark shadow, and Ye illustrates this principle well. You can’t have Jim Morrison without drunken binges and missed shows. Amy Winehouse doesn’t come with an up-at-6-am sober personality. Accordingly, brilliant Yeezy sneaker designs — not to mention some of the biggest songs in rap history — didn’t come packaged with an even-keeled and healthy person with a balanced worldview.

Welcome to the music industry. But also, welcome to the ever-expansive music industry that now includes broad-reaching brand partnerships and extensive non-musical endeavors. This is relatively new territory, though Adidas certainly knew better. Athletic shoe companies have always brokered high-profile deals with high-performing athletes, and these deals sometimes go south due to ‘off-the-field’ issues and scandals.

They have a game plan for those outcomes. Adidas knows how to pull the cord when an athlete goes bad. Yet somehow, they didn’t have any plan for dealing with Ye.

According to the Wall Street Journal, Adidas executives knew for years about Ye’s endless harassment, outrageous behavior, and toxic antics. “Adidas AG’s chief executive and senior leaders in Germany discussed as far back as four years ago the risk of continuing a relationship with Kanye West that they feared could blow up at any moment,” the Journal reported this week.

Indeed, this was a serious problem for years. “A 2018 presentation to members of the Adidas executive board, a group that included CEO Kasper Rorsted and the head of human resources, highlighted the risks for employees interacting with Mr. West and detailed mitigation strategies for the relationship with the Yeezy creator, including cutting ties with the rapper-turned-designer, documents show,” the Journal continued.

“Adidas AG on Thursday [November 24th] said it has launched an investigation into allegations of inappropriate behavior by Kanye West, after the German sporting goods maker last month ended its partnership with the rapper and fashion designer,” Reuters reported. “Adidas said it initiated the probe after receiving an anonymous letter making several allegations against the musician, who now goes by Ye.”

“It is currently not clear whether the accusations made in an anonymous letter are true,” an Adidas spokesperson said.

Amazingly, this went from ‘what allegations?’ to ‘presentations to Adidas’ executive board in 2018′ — in just a few days. After a botched attempt at playing dumb, we’ve learned that Adidas knew Kanye was a serious issue for years and was repeatedly abusive towards employees. Adidas did little about it.

“Instead of parting ways when concerns were raised,” the Journal’s report continues, “the senior executives had business-unit leaders share various proposals with Mr. West so Adidas could hang on to the Yeezy partnership, which analysts estimate accounted for 8% of annual sales.”

And that’s the real kicker: Yeezy products were a cash cow for Adidas.

So rather than fire Kanye West for inappropriate conduct, Adidas tried to keep the partnership alive. Proposals were presented but never acted upon. That is, despite reports of some pretty egregious episodes involving Ye.

That includes — but is certainly not limited to — shoving pornographic videos into the face of a certain Adidas executive while berating that executive. Other complaints, which were apparently pouring into Adidas’ human resources department, included “berating staff in front of colleagues” and “watching pornography at work,” while also “occasionally making anti-Semitic comments in front of Adidas staff, including in 2018 when he suggested naming an album after Hitler,” the Journal’s report continued.

One option Adidas executives considered was to spin the Yeezy division into a separate entity to reduce “direct exposure” to employees. That would mirror similar structures like those accompanying Nike’s Air Jordan division. But despite the plan, none of that separation occurred. And that was before Kanye started his highly-public accusations of intellectual property theft against Adidas before shifting gears into non-stop anti-Semitic rants.

Eventually, the partnership imploded. Adidas had no choice left but to sever the deal. And while the chips still fall, Adidas is becoming a poster child of mismanagement.

It’s difficult to say what Adidas should have done starting in 2018. One option was to cut the partnership entirely, though that may have caused heads to roll given the huge revenue hit. On the other extreme, effectively doing nothing was also a tragically bad decision.

It’s easy to armchair this one, though perhaps part of the problem surrounds the psychology of a bully like Kanye West. Pushing back, even just a little bit, may have helped course-correct the relationship, or at least contain the temper tantrums. It’s hard to say. But simply acquiescing to every childish outburst, demand, and aggressive episode may have only emboldened Ye’s tirades further.

Adidas appears to have chosen the latter approach and is now becoming a case study of exactly what not to do when dealing with difficult superstars. You can almost see this being taught at Wharton Business School as a case study of bad management. And the longer-term impact for the Adidas brand could be quite serious.

I don’t want to put a pair of Adidas shoes on my feet right now. Do you?