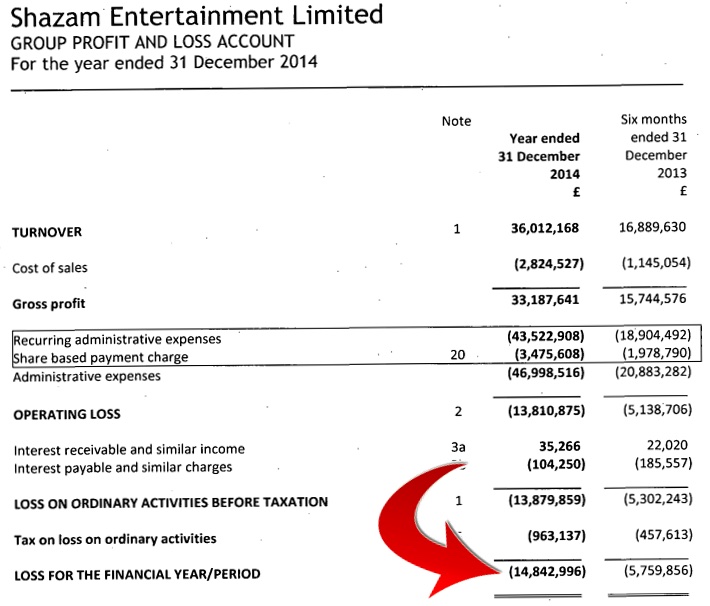 According to paperwork just filed with the UK Companies House, Shazam counted $55.5 million (£36 million) in revenue for the most recent fiscal year, but $22.8 million (£14.9 million) in annual losses.

But while user stats are exploding, the financial situation seems to be imploding.  Shazam recently switched its fiscal year calendar, though the last full-year filing featured losses of $3.08 million (£2 million) on revenues of $47.8 million (£31 million).  See the problem here?  A huge part of the financial deterioration may be tied to plummeting iTunes download numbers, with Shazam traditionally earning handsomely from affiliate fees. 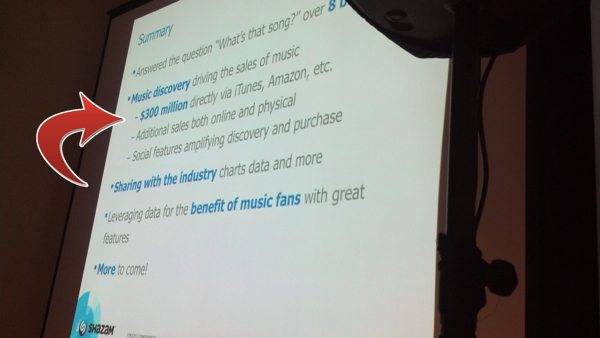 It was the perfectly-lucrative hand-off: right after a successful song match, Shazam was sitting on the most targeted potential buyer possible.  In a presentation given by Shazam in May of 2013, the company claimed responsibility for generating $300 million in annual download sales.  That worked out to approximately 1 out of every 14 paid downloads across iTunes and Amazon, a figure that has undoubtedly plunged in the past two years as streaming has surged.

In an effort to better pay the bills, Shazam has expanded that capability into other forms of media, like television.