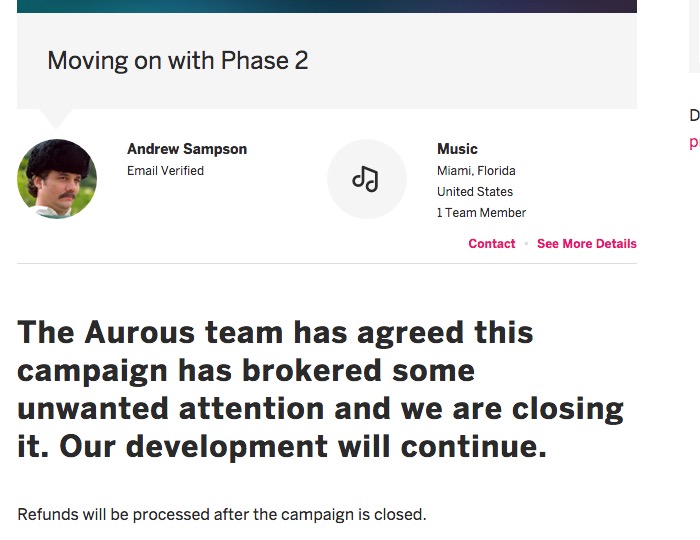 Late last week, BitTorrent-based music application Aurous unveiled a crowdfunding campaign on Indiegogo, a direct snub to the music industry.  The Recording Industry Association of America, or RIAA, declined to comment on the matter to Digital Music News on Friday, but over the weekend, the Indiegogo campaign was abruptly ripped down.

Aurous, billed ‘the Popcorn Time for Music,’ represents one of the biggest upcoming piracy threats for major labels like Universal Music Group, Warner Music Group, and Sony Music Entertainment, among other rightsholders.   “Even if as a project, development stopped and we shut down our website, the app would still continue functioning without any problems,” developer Andrew Sampson promised.

The Indigogo campaign, first reported on Digital Music News, quickly reached $500 of its $25,000 campaign, but plunged to $25 after the campaign was closed.