For the First Time Ever, Older Albums Are Out-Selling Newer Albums

If albums are still worth billions of dollars, then a majority of those billions are now going to older releases.  According to US-based data just released by Nielsen Music, older, ‘catalog’ albums outsold newly-released albums in 2015, the first time that has ever happened. 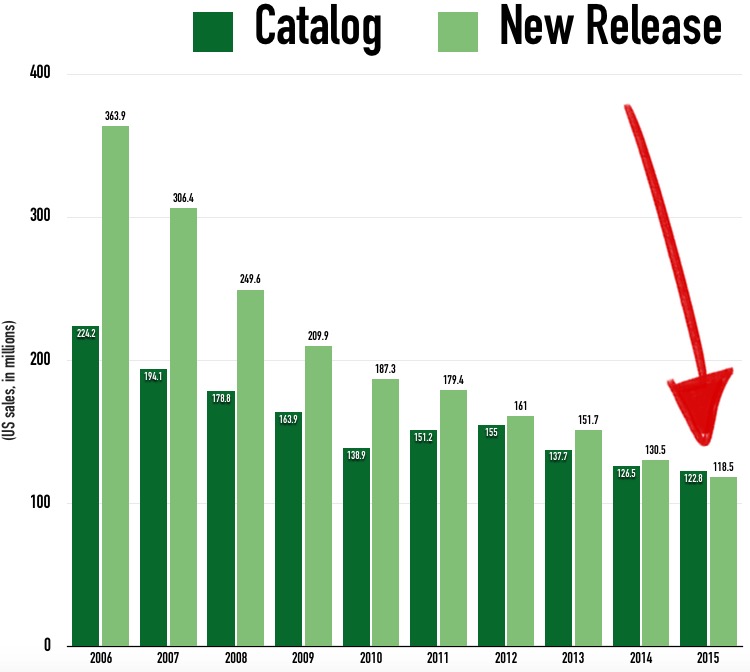 Nielsen categorizes an album as ‘catalog’ when its release date is more than 18 months ago.  In almost all cases, an album has exhausted its new-release sales energy after that point, and becomes an older selection. 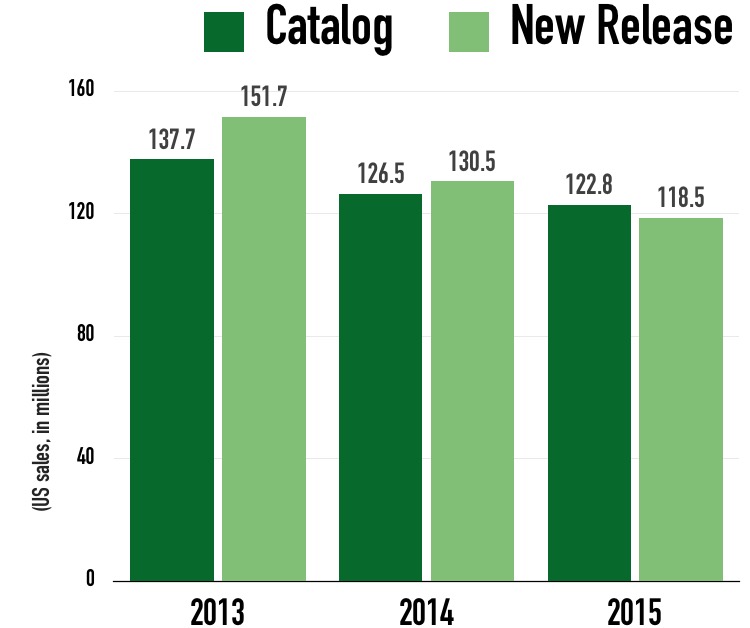 The shift is surprising given the extremely-heavy sales of Adele’s 25, solidly a ‘new release’ given its late-2015 release.  But albums are typically purchased by older consumers, a demographic that responded very positively to Adele.  Indeed, Adele’s album-heavy success has been partly attributed to heavy participation among older buyers, many of whom are less price-sensitive and less dialed into streaming platforms.

Outside of the specifics of 2015 and Adele, the broader trend makes sense.  If older people are buying albums, then it makes sense that they’re also buying older music.  But the trend raises serious questions for a music industry that is struggling to recover, and spending heavily on newer acts.


Maybe that’s foolish.  Dave Goldberg, a former Capitol Records and Yahoo Music executive, strongly advocated for a greater emphasis on catalog releases, especially since the initial costs (artist development, recording, marketing) have already been paid.  “Catalog provides 50% of the revenue and 200% of the profits of recorded music,” Goldberg (now deceased) explained in a recently-leaked email.  “With catalog providing the base profits, new releases need to be cut back dramatically to the point where the new business either breaks even or loses a small amount of money (justified by the long term catalog income stream of those songs).”

This fact is inescapable: newer artists (and their newer albums) cost a lot more money to produce, and their failure rate is obviously higher.  Younger artists also have younger fans, a group that is far less likely to buy albums (or pay anything at all).

But the argument goes beyond physical: Goldberg also pointed to heavy catalog listening on streaming platforms, including Spotify and Pandora, not to mention other revenue sources.  “In addition, streaming revenues tend to be more heavily weighted to catalog. Pandora and Spotify are probably 65% catalog [defined as releases older than two years old],” the proposal continued.

“Licensing and synch revenue are mostly catalog as well.”