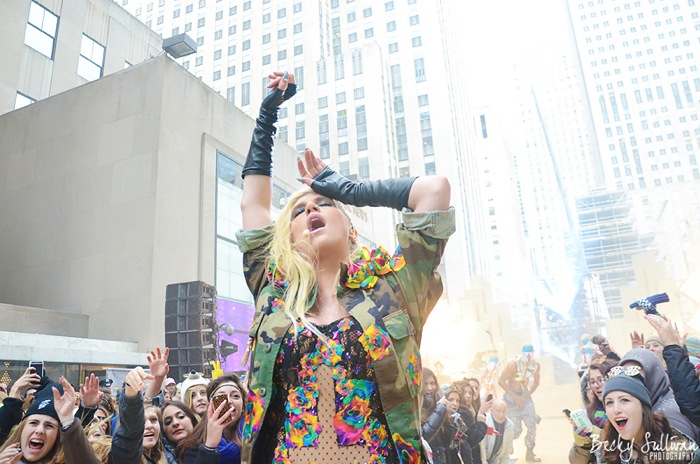 According to reports, Taylor Swift has donated $250,000 to aid Kesha’s legal case against her producer, Dr. Luke, for alleged rape.

It was in 2014 that TMZ first reported the lawsuit that Kesha filed against her producer.  The alleged abuse involved Dr. Luke forcing the singer to take drugs and alcohol, several sexual advances, and a physical altercation.  All of which reportedly led Kesha to develop an eating disorder.

Dr. Luke alleged the allegations were fabricated, and a device to terminate her producer contract.  That said, despite Kesha’s attempts to be released from her recording contract, Manhattan Supreme Court Justice Shirley Kornreich ruled against the motion.  The decision meant that Kesha will continue to be attached to Dr Luke’s label Kemosabe Records, which is owned by Sony.

Outside of the issues related to the alleged rape, the stated reason for the denied plea was that the contract had not been fulfilled, and an early termination would cause irreparable harm to Sony.  In the absence of proven charges, a forced termination would ultimately undermine the state’s laws governing contracts.

Since that decision, artists have stepped forward to show their support through social media.  High-profile supporters like Lady Gaga, Lorde and Ariana Grande helped to drive a campaign involving hashtag #FreeKesha, all a design to release the singer from her contract.  ”There are people all over the world who love you @kesharose,” Gaga tweeted.  “And I can say truly I am in awe of your bravery.”

But the biggest support has now come from Taylor Swift, who generously donated $250,000 to Kesha’s case.

Dr. Luke’s lawyers blasted back, while pointing to aspects of the decision that allow Kesha to work independently of Dr. Luke. ”The New York County Supreme Court on Friday found that Kesha is already ‘free’ to record and release music without working with Dr. Luke as a producer if she doesn’t want to.  Any claim that she isn’t ‘free’ is a myth.”