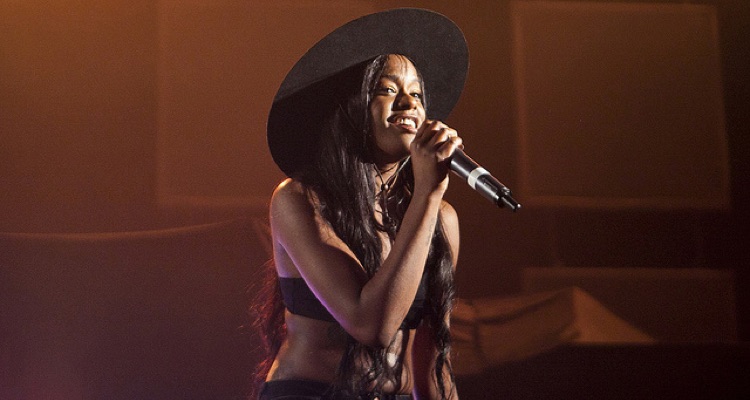 First, Banks accused Zayn Malik of copying her, resulting in a online brawl which ended with racial slurs towards Malik.  She then blasted Beyonce over her Lemonade album, calling it ‘the antithesis of feminism.’  Now, she alleges that Taylor Swift and Lady Gaga have plagiarized her work.

In a Facebook post, Banks addresses this so-called plagiarism.  First, she says that Swift swiped her nickname ‘Slay-Z’ for her ‘Bad Blood’ video. Then, in a different post, Banks claims that Gaga was inspired by her for the ‘Artpop’ album.

“FUN FACT: “SLAY-Z” is a nickname given to Azealia Banks by one of her fans in 2014.  A play on the Z in Banks’ name, and her propensity to release consistently awesome music, the nickname was lifted from her twitter account and featured as one of the characters in Taylor Swift’s ‘Bad Blood’ video.  Azealia Banks reclaimed the nickname upon the arrival of of her self-released 2016 mixtape titled ‘SLAY-Z’.”

“FUN FACT: Azealia Banks created her own genre of music called ‘Witch-Hop.’ Coined by the success of 2012’s Fantasea Mixtape, Azealia considers her music to be inspired by the invisible world. 3 days after ‘Witch-Hop’ was declared by Azealia Banks to be a legitimate genre, Lady Gaga (also a fan of Azealia Banks) suspiciously titled her then upcoming studio album, ‘Artpop.'”