World Famous Flea Market Cancelled Due to Terrorism Threat. Are Music Festivals Next? 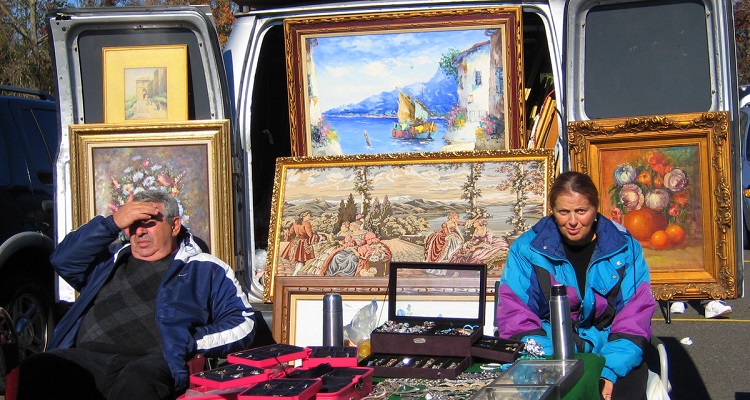 This is now a serious problem for the concert industry, on both sides of the Atlantic.

For the first time since World War II, the world-famous Lille flea market festival has been cancelled due to an unspecified terrorist threat.  Amidst concerns of a repeat of what has happened at several large festivals in Europe, northern Lille mayor Martine Aubry said, “The stalls with goods, and the crowds of such size will be impossible to control. It is a painful decision to make.”

Europe has been crippled by a series of terrorist attacks in just the past couple of months. Digital Music News readers will remember that just last month, a suicide bomber blew himself up just outside of the Ansbach Open music festival in Germany, with 15 people injured and the only fatality being the suicide bomber, causing the festival to be cancelled.  The suicide bomber was later revealed to be a Syrian refugee.

That raises questions of whether other mega-festivals are plum targets, especially given the very Western, hedonistic attitudes of concertgoers.  EDM culture, for example, revolves around sensory overload, skimpy costumes and mind-altering fun, all things that starkly clash with Islamic extremist ideals.

The Lille flea market festival Grande Braderie is held each year in France, attracting visitors from all over the world. Just last year, there were reportedly 2.5 million people who attended the event. France has been on high alert ever since the past terrorist attacks have caused the death of many French civilians. Just recently in the country, an 84-year old priest was killed by 2 ISIS members. Also during the same month, a Tunisian extremist got behind the wheel of a lorry and proceeded to run over French civilians who had attended a celebration of Bastille Day to watch a fireworks display.

Due to the sudden rise of terrorist attacks, all large global events, including music festivals and regular concerts have seen and will continue to see the rise of security measures to prevent further deaths.

A couple at a flea market by Sheila, licensed under Creative Commons Attribution 2.0 Generic (CC by 2.0).