How to Get an iPhone 7 Headphone Jack Without Drilling 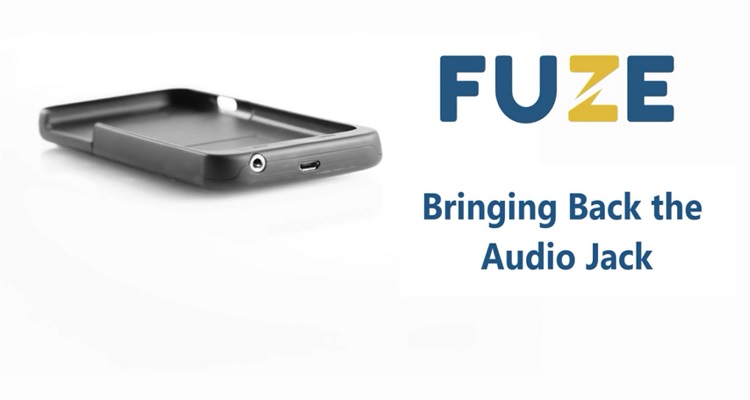 The Fuze Case from Actual Innovation on IndieGoGo.

There’s yet another iPhone 7 idea for those who aren’t feeling courageous, or just really, really don’t love the dongle.

Here at Digital Music News, we’ve reported on attempts by both users and manufacturers to bring back the headphone jack. We’ve seen people attempt to drill the 3.5mm headphone jack, causing hundreds of dollars’ worth of damage. For those who wants to take the less-destructive route, we’ve also touched on straps add-ons for your wireless AirPods. Today we’re going to take a look at yet another method yet another manufacturer is trying to bring back the headphone jack on the iPhone 7.

Known simply as Fuze Cases, they’re apparently going to be the first iPhone 7 cases to have an integrated Lightning to 3.5mm audio jack adapter. The product comes from Actual Innovation, a relatively unknown company from a group of hardware aficionados located all across the globe. On their About page, Actual Innovation states that it has a large network of designers, engineers, developers, manufacturers, sourcers, and even testers. The team is headed up by Diego Prince, an unknown hardware developer with experience in material sciences, as well as mechanical and electrical engineering.

“Fuze restores 3.5mm audio jack for iPhone 7 and 7 Plus. It delivers a doubled battery life as well as scratch and shock protection, all while maintaining the iPhone’s compact profile. We need your help to bring back the jack. When you purchase Fuze, you purchase the freedom of choice.”

The product is currently in the crowdfunding stage on the IndieGoGo website, with 247 backers having already backed the project with around $13,547 invested. This is still 77% short of its flexible $60,000 goal.

There are several ways you can support the project, each with their own perks. You can donate $1 and receive a heartfelt “Thank You!” on their website. You can also purchase the product for $49 + shipping and handling and receive 1 Fuze Case. Only 200 are claimed to be available, but underneath the offering, you can see 249 people out of 250 have already purchased this perk. The most expensive way to help out Actual Innovation comes with its final perk offering, where you’ll pay $4,997 for 150 Fuze Cases in the colors you want. You’ll apparently only be paying $33 per case, down from the asking price of $49.

You can check out the YouTube video below for more details on the Fuze Case.