Battery Life Sucks On the iPhone 7… 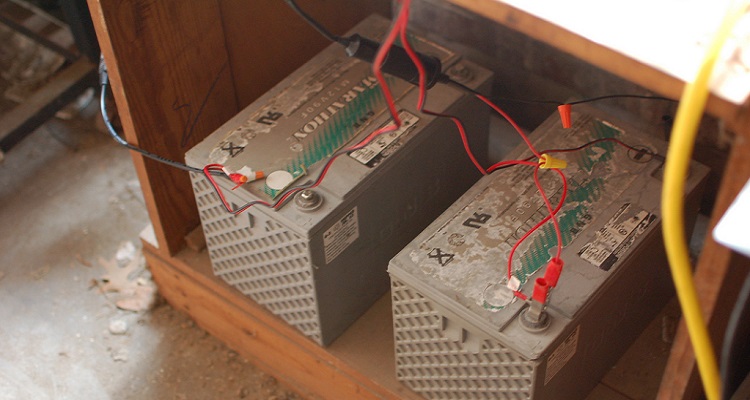 One of the supposed reasons why Apple decided to remove the headphone jack was in order to free up more space for the battery. However, new tests are showing that no, this doesn’t appear to be the case.

The iPhone 7 is currently showing the poorest battery life among flagship phones.

According to Apple, Apple increased both battery life and efficiency through various improvements to the device, including its A10 Fusion chip.  The chip is designed to make the iPhone 7 into two task machines: two cores will run heavyweight tasks like video editing, manipulation, etc.  The other two cores will end up running the apps that don’t require a lot of processing, like reading an article, for example.

TechRadar first put the new phone to the test, showing that while there is an improvement, they noted,

“during our tests we didn’t see any evidence of great battery life at all.”

TechRadar finished their review of the iPhone 7’s battery life, writing, “we’ve needed to charge it sooner than most phones of its ilk.”

They aren’t the only one making note of the device’s battery life. The Guardian agrees with TechRadar’s summary, flat-out stating,

“Battery life, however, is poor.”

The Guardian put the iPhone to the test, using different apps, browsing on the internet, receiving hundreds of e-mails, playing five hours of music through Bluetooth headphones, and found that it only lasted an average 14 hours, noting that it didn’t even last them up until 9:30 p.m.

However, one of the most staggering tests came from U.K. Consumers’ Association magazine Which?, which posted an image detailing how the iPhone 7 fared when compared to other current flagship phones. Take a look. 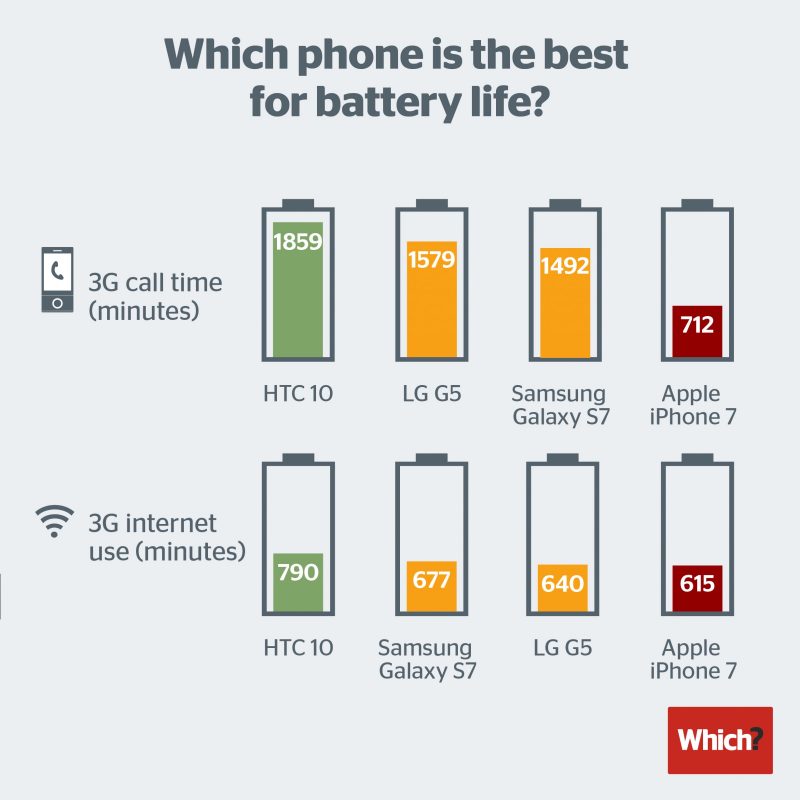 Which? used a series of tests designed to account for everyday usage variables, and found that the iPhone showed poor battery life in 3G call times, coming in at only 712 minutes. That’s half of Samsung’s Galaxy S7’s call time of 1,492. The best out of the bunch was the HTC 10, which lasted a whopping 1,859 minutes. They write,

“Whilst the iPhone 7’s 712 minutes of call time (nearly 12 hours) may sound acceptable, the rival Samsung Galaxy S7 lasted twice as long – and it doesn’t even have the longest lasting battery. The HTC 10 lasted an incredible 1,859 minutes (that’s almost 31 hours).”

In terms of 3G internet use, once again, the iPhone 7 did poorly, only lasting 615 minutes, Which? writes,

9To5Mac has a different take on these tests. They write,

“There is a pretty obvious reason for this, however: the 4.7-inch iPhone 7 is the smallest of all the handsets tested, meaning a smaller battery.”

However, these tests appear to contradict an article by Ars Technica, which wrote,

One of the things to note in Ars Technica’s test is that in their WebGL test, which simulates gaming or heavier workloads, both the iPhone 7 and the iPhone 7 Plus fared about the same as their 6S counterparts. Andrew Cunningham writes,

“The larger batteries are counterbalanced by the higher performance (and thus, power consumption) of those A10 Fusion chips.”

So, for Digital Music News readers who have an iPhone 7, how does it fare under everyday use? Do you agree with the recent tests run by Which?, the Guardian, and others, or does it last longer? Feel free to write in the comments below.