Why the Rolling Stones Kill Every Musician Excuse In the Book 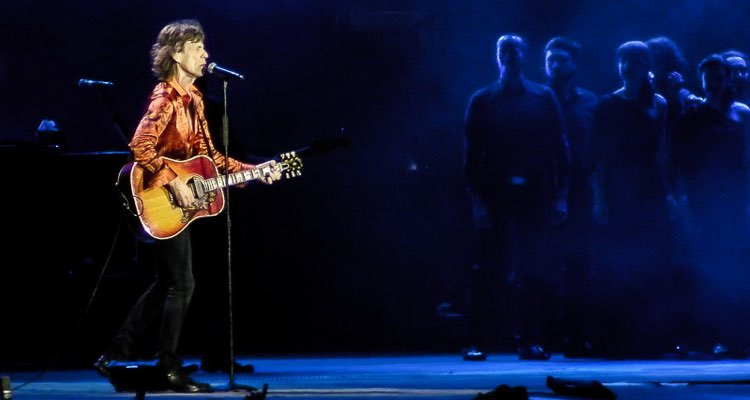 Not only are the Rolling Stones still touring in their 70s, they’re actively recording and releasing new music.  In fact, this is one band that kills almost every musician excuse in the book.

Musician Excuse #1: ‘Touring is too difficult’

You’re right.  It’s taxing and tiring.  And the Rolling Stones have deluxe accommodations, roomy Escalades, and private jets flying them around.  They don’t sleep on busses, they sleep in the local Four Seasons.

But they’re also in their 70s.  And they tour all of the damn time.

Musician Excuse #2: ‘We don’t get along anymore’

Keith Richards slept with Mick Jagger’s girlfriend.  Jagger tried to poach the Stones’ fame and go solo.  And there are a thousand other horrible things they’ve done to one another.

They don’t hang out.  They don’t pal around or pretend to be best friends.  They’re associates who play music.  They have a blast during shows and bow when it’s all over.

Then they cash a giant f–king check and do it again.

Musician Excuse #3: ‘I don’t have time to record and tour’

The Stones just released a single, a blues track called ‘Just Your Fool.’  It’s from their upcoming album, Blue & Lonesome, which comes out in December.  The first song is great.  And the rest of the album is probably pretty good, too.  It’s bar blues, with some soul and real passion.

Tomorrow, the Rolling Stones have another tour date: Desert Trip in the Coachella Valley (also called ‘Oldchella’).  And on top of all that, they’re doing interviews and other activities to promote their new recordings and tour dates.

They used to call them ‘The Rolling Bones’.  And that was ten years ago.  They didn’t care about the name-calling then, and they don’t care now.  They’re also making hundreds of millions off of their touring, recordings, merchandise, and other endeavors..

And if you still need another reason why this excuse is ridiculous, just check out Dick Dale.  He’s nearly 80, has rectal cancer, renal failure, and massive vertebrae damage, and still tours.

Not as much as Keith Richards.

Musician Excuse #6: ‘I have a family’

So do the Rolling Stones, and virtually every other successful touring musician.

Mick Jagger is 73.  He’s expecting a new child. The other guys have families too.  Huge ones.  And they’re grandpas of those families.

+ Mick Jagger: Asshole for Having a Child at 73?

Musician Excuse #7: ‘I’m not rich like the Rolling Stones’

Yes, the Rolling Stones are rich.  But they still release great music and perform great shows.  They never faded out, because it’s never been just about the money to these guys.

If it was, they never would have survived.

Musician Excuse #8: ‘I don’t have hits like the Rolling Stones’

Neither did the Rolling Stones when they first started.  Just like every band that made it big, they were anonymous at one point.  So they wrote some hits.  Then wrote dozens more.

Musician Excuse #9: ‘I can’t sell out shows like the Rolling Stones’

Actually, the Stones don’t sell out like they used to.  They can’t command the same ticket price.  Which might explain why they’re playing Desert Trip.

It doesn’t matter that they’re past their prime, both in terms of age and ticket sales.  It’s not the most important thing.  You can ride out the gravy train.  It’s okay.

The Rolling Stones remain totally vibrant and touring well into their 70s.  They may still be touring in their 80s.  And in the process, they’re killing every last musician excuse you can think of.