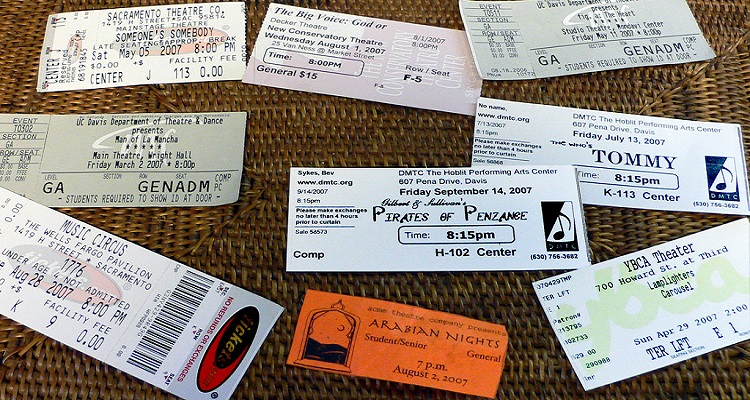 Because hidden fees should not be so hidden.

A New York man has filed lawsuit against top ticket seller Live Nation, which is the parent company of Ticketmaster. David Himber took offense at having to pay extra just to reserve his ticket online.

Himber had purchased three $49.50 tickets to attend a Rascal Flatts’ performance at the Jones Beach Theater back on September 1. He later learned that there was an additional surcharge.

“The advertised price is available to nobody.”

In court documents obtained by Digital Music News, the lawsuit named both Live Nation Worldwide and Live Nation Marketing. Paintiff Himber claims that purchasing 3 tickets online, there was an additional $15.25 charge per ticket. To avoid additional charges, he decided to head to the Jones Theater Box Office where he was charged $6 more per ticket. The lawsuit states that since Himber had no alternative, he purchased the tickets, and that,

Paintiff Himber brings this claim on behalf of a class, which is anyone who

“paid either or both defendants…an amount in excess of the ticket price listed on defendants’ web site for tickets purchased at the box office…on or after a date 3 years prior to the filing of this action.”

Himber estimates that there are thousands of members pertaining to this class, who have had to pay Live Nation extra. The lawsuit states that this is a practice that Live Nation engages not only at Jones Beach Theater box office, but at other entertainment venues operated by defendants.

“(a) Deceptive acts or practices in the conduct of any business, trade or commerce or in the furnishing of any service in this state are hereby declared unlawful.

(b) Whenever the attorney general shall believe from evidence satisfactory to him that any person, firm, corporation or association or agent or employee thereof has engaged in or is about to engage in any of the acts or practices stated to be unlawful he may bring an action in the name and on behalf of the people of the state of New York to enjoin such unlawful acts or practices and to obtain restitution of any moneys or property obtained directly or indirectly by any such unlawful acts or practices.  In such action preliminary relief may be granted under article sixty-three of the civil practice law and rules.”

Himber is asking for damages of at least $500 per ticket purchase, attorney’s fees, and an injunctive relief against further violations by Live Nation.

You can view the court documents below.