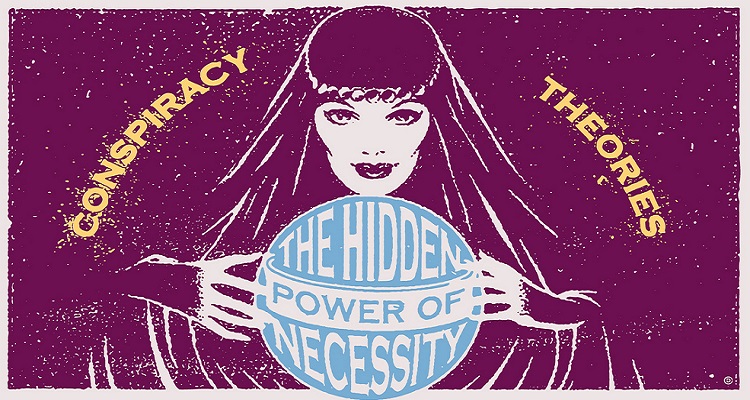 Image by CHRISTOPHER DOMBRES (CC by 2.0)

Several weeks ago, Digital Music News published a piece about Google’s (probable) involvement in the “removal” of Maria Pallante from the Copyrights Office. Of course, most posters were quick to dismiss the story and its “sources” as just baseless conspiracy theories.

However, maybe these claims weren’t as baseless as commenters stated. An opinion piece published by the Wall Street Journal published last Wednesday was quick to address these claims. Take a look.

“Most Americans think of Google as a search engine doing unalloyed social good, but the company also wants to make money and wield political influence along the way. So you don’t have to be a conspiracy theorist to notice that an abrupt change of leadership at the U.S. Copyright Office is good news for Google, which aims to pay less for profiting from the property of others.”

According to the piece, Maria Pallante was “reshuffled” to a new job in an advisory post for “digital strategy,” including expanding the digital library shop. Afterwards, in less than a week, she presented her resignation to Carla Hayden, the Librarian of Congress. Hayden was sworn in weeks before. Maybe there is more than just meets the eye.

Pallante strongly believed in defending the little guy, often siding with music and content creators in the digital media realm. According to WSJ, she also favored reorganizing the copyright office as “an independent agency.” Pallante’s re-shuffling was unprecedented, with no other removals noted in agency history.

Just prior to her “removal,” Pallante worked with Congress to review copyright laws. Hayden stipulated in a memo that Pallante’s new job didn’t include “any communications” to Congress. Pallante leaked that memo to the press.

“Google’s business model is essentially making money off other people’s content, and the company’s strategy has been to infringe on copyrighted material like books and fight it out later in court. The copyright office administers laws that protect owners.”

In another example, Pallante opted for the FCC to review and thus, revise the set-top box rule. Creators weren’t happy with the rule, as they wouldn’t be paid for their work. Google would’ve benefited from the original rule, however, allowing the company and others to broadcast content without paying licensing fees. After listening to Pallante’s opinion, the FCC revised the rule.

Google was unhappy. They expressed their rage through (puppet) Public Knowledge. (Why puppet? They often support Google in paying less for content. Google chips in over $25,000 a year, making them a “platinum” supporter.) After the FCC sided with Pallante, they released a report claiming “systematic bias at the U.S. copyright office.” The report went on to single out Pallante for focusing on copyright enforcement instead of re-writing it. Public Knowledge was among the first to tweet the news of Pallante’s dismissal.

Prior to her appointment as Librarian of Congress, Hayden ran the American Library Association. The ALA, according to WSJ, “takes a permissive view of copyright law and accepts money from, you guessed it, Google.”

The Wall Street Journal also insinuates that Hayden is looking to appoint Pallante’s successor. However, she may appoint someone more favorable to Google. The piece states,

“Ms. Hayden is now looking for a copyright office successor, and don’t be surprised if she chooses someone whose experience includes time at Google. This is reason enough for Congress to take a look: If the position is open to political influence, then the register should be politically accountable—and report to elected officials, not the nation’s librarian.”

However, the WSJ won’t go into full-on conspiracy theory mode. They write Pallante’s dismissal is probably something as simple as a “botched personal dispute.” Despite the real reason for Pallante’s dismissal, there’s still reason to worry, however.

“…anyone tempted to write off the Pallante dispute as bureaucratic squabbling should remember: The company’s goal is to defenestrate laws that protect property. The guarantee to own what you create is the reason entrepreneurs take the risks that power the economy—a reason guys like Larry Page and Sergey Brin start Google.”