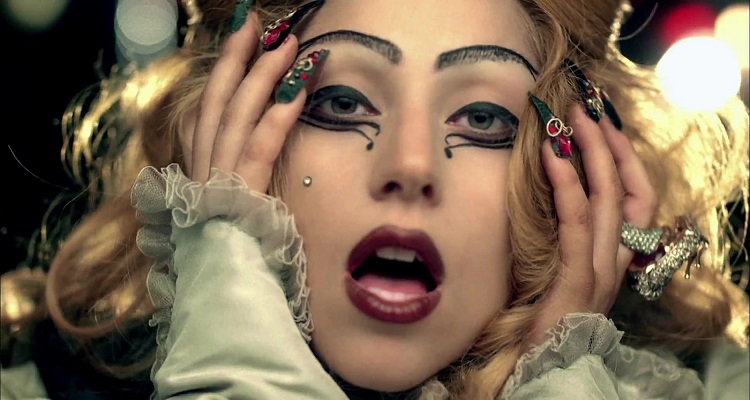 No, Lady Gaga did NOT wear a Nazi uniform to a Hillary Clinton rally, though it sure did look like it.

Users on social media platforms like rallied against Lady Gaga after she appeared in a Hillary Clinton rally. The reason? She apparently wore a Nazi-style uniform. Take a look.

Lady Gaga: This is not disconcerting at all. pic.twitter.com/SaA9qqicDN

The users rallying against the singer were mostly conservative people and Trump supporters. One user said that she looked like a futuristic Nazi. Most likened her salute to the infamous one-hand Nazi salute popularized by Hitler. Take a look at some more responses.

“#LadyGaga @ladygaga campaigning for #CrookedHillary looks like she’s in the SS! If not for peace sign I would have thought she was a Nazi!”

Users who didn’t understand the costume defended the singer.

“lady gaga could not have been wearing an SS uniform because the nazi party dissolved 71 years ago. it would have to be an imitation.”

While the costume bears striking similarities, this was, in fact, an honor to the late King of Pop, Michael Jackson. Gaga chose the black jacket with a silver pendant and a red-arm band, which the late singer used to meet President George H.W. Bush in 1990.

Gaga gave the sizeable crowd a brief speech at Raleigh, North Carolina where she told onlookers, “This country needs your vote.” She went on to cite Clinton’s experience as the main reason why voters needed to vote for her on Tuesday.

After her speech, she performed a duet with Bon Jovi, singing Living On a Prayer.