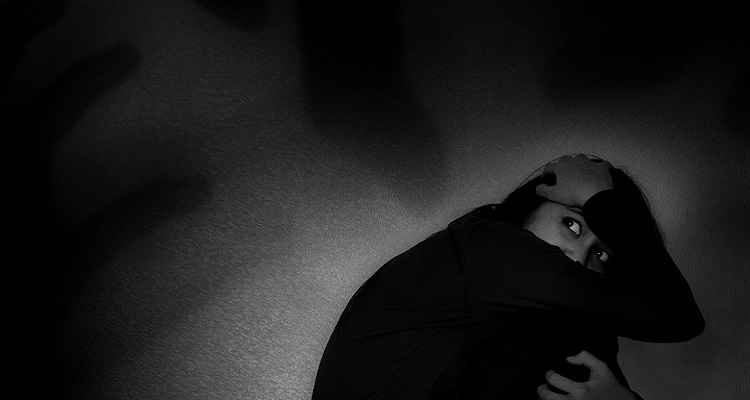 Donald Trump pulled off a shocking victory last night in the U.S. Presidential Election. Despite every poll showing Trump down, he scored the necessary 270 Electoral College votes to secure his presidency, at least for the next four years.

The presidential campaign was mired with musicians speaking out against Trump.  There was the popular 30 Days, 30 Songs, which soon shifted to 30 Days, 50 Songs. Jay Z and Beyoncé supported Hillary Clinton several days before Election Day. Lady Gaga spoke out in support of Clinton.

So, how is the music world reacting now to Donald Trump’s victory? Take a look.

I need to mix all of these together & make a tsunami after watching the elections pic.twitter.com/AUS4Oku3Hk

We have seen this before. #demagogue

Makes one feel silly for a sunny view of humanity.

How about a song to describe the election from your latest album, Radiohead?

For India Arie and others, Tuesday night was an abrupt wake-up call.

I always thought goodness was true. tonight I realize HOW the Majority of our country REALLY thinks. I cant process https://t.co/7CnhaD46x2

waking up to the worst news of my entire adult life ….

It’s time to start running. Wake up, this isn’t your Black Mirror or Twilight Zone.

We Had One Job.

Listening to my babies singing away to each other on the baby monitor, the world is a darker place than the one they went to sleep in. Sad

How can America go from Obama to Trump in 4 years?! Has someone hacked the tv channels with some mental made up film? This is insane

Time to go to sleep and wake up to a better tomorrow.

Several artists turned to religion, like Diddy and Lady Gaga.

Whose fault is it? Apparently, American masculinity and white supremacy. Oh, and don’t forget the media.

So American masculinity is that toxic

How long do you think it will take White Hipsters to become racist from all this crushing guilt?

Think of all the free coverage @CNN and the rest of the media gave Trump and all the money they will make with him as president. #cialis

How about a touch of fear and nervousness?

I have never been more nervous/scared in my life. #ElectionNight

…with some terror added in?

well this is utterly terrifying

I am in tears

Despite how you feel, stay positive, though.

When we wake tomorrow, feeling helpless, confused, heartbroken & scared, we should turn it into something positive & ALL go to #standingrock

??❤️I want to live in a #CountryOfKindness #LoveTrumpsHate He divided us so carelessly. Let’s take care now of each other.

I was gonna stress myself to sleep. But fuck that (I’m cussing sorry) I’m NOT letting this stress me out one bit. Don’t get me wrong I am MAD AS HELL. But I have to practice what I preach. The amount of time I devote to meditating and not letting speculation or bad energy rule my life—for me to just spazz out would be counter productive. I’ll be honest I went through 6 drafts of this. Erasing every last word cause I didn’t even believe it as i typed it. I’m just saying: I got a laundry list to the top of Mt Fuji of things I’ve overcome and still managed to survive—I’m just praying whatever strength I was given to make it through the hard times of yesteryear, that this strength and power revive me and all of my people (women, those of different religious background, LGBTQIAs, prisoners, the poor, the imm—look it’s 4am…—I don’t feel like doing an 8th draft—some of my friends gonna be angry as all hell. Some will point fingers—nevermind….I got nothing. Right now. —nothing

Trying to move to #Canada?

My new home. @champagnepapi I need the hookup on some property. Nefew fuck this shit I’m going to the. 6ix

How do you fight anger, rage, vengeful, and name-calling? Probably not Cher’s way.

IF?WINS,HE WILL STILL BE WHAT HE IS NOW…A PETTY VENGEFUL,COWARD‼️AS GERMANY WAS IN THE 30′s, THERES AN ANGER,A RAGE, THAT HAS CONSUMED OUR??

world will never be the same. I feel Sad for the young.?will never be more than the toilet, I’ve used as a symbol 4 Him.
U Can’t Polish ?

How about a third-party candidate?

For others, racism and bigotry is alive and well.

I just want to remind everyone that we are looking at a very close race with a presidential candidate who was endorsed by the KKK.

As expected, most hip-hop artists were against the news.

History was made yesterday. Though, not in the way some people wanted.

I am disappointed, shocked and shaken at my core by what has transpired tonight. I gathered around the TV with my family and loved ones, ready to celebrate history being made. My daughter had this little blue dress on. I was ready to pop the Martinelli’s and hold her, watching Hilary Clinton become the first female president of the United States of America. But…It didn’t happen. I had a sick feeling in my gut, riddled with anxiety as the polls started coming in. After hours of a growing pit in my stomach, it was over. I left the TV, grabbed my daughter and took her to bed. But now, as I’m laying next to my her as she sleeps, I remember. Remember what I have control over and what I don’t. I don’t have control over Donald Trump becoming president. That has been decided. But what I do have control over is where I go from here. I will teach my daughter to love. All people, regardless of the color of their skin, gender, religious beliefs, sexual orientation or where their birth certificate says they’re from. I will teach her how important it is to be an advocate for humanity. Not just the portion of humanity that benefits her. I will teach her non violent communication. That in the face of hatred we must love each other even harder. Not give in. Not get discouraged or feel like our progress in the past is void. Keeping fighting for all of us, with an emphasis on those that and have been the most affected by systemic oppression. I will teach her that when she is silent during moments of injustice, she is siding with the oppressor. I will teach her that walls divide people, and by their nature cannot bring us closer. And that just because someone holds the most powerful position in the world, does not make that person right, just or fair. Donald Trump is not raising my daughter. I am. I get to encourage and nurture her to be who she wants to be. Teach her that her voice and actions can change the world. Teach her that she can do anything that a man can do. And one day, even become president of the United States of America. I have work to do. It starts now. And that work is the only thing bringing me peace at the moment

It’s worth being resilient, however.

Don’t worry, though; just be black.

Don’t freak out. Go to sleep, wake up and continue to be Black in America.

At least one rapper congratulated Donald Trump on his victory.

First off, I would like to apologize to Donald Trump for all the stupid jokes I made. (I was kidding). secondly, I would like to apologize for all the other times I was dumb enough to let the liberal media sway my opinion of you. Thirdly I’m fucking proud as FUCK of you. One for being a gemini, two for being from NYC, three for winning the presidency and four for beating the media. The last part is your biggest victory in my eyes and I must say that I am TRULY inspired by this and feel deep amounts of vindication. Thanks for letting me know that I’m not crazy (even though I fronted a few times) liberals run hollywood and it’s been a COLD WORLD OUT HERE FOR ME AS A TRUMP SUPPORTER ?. Best of luck on everything and thanks again. Sincerely – AB #TRUMP2017

My role was to speak on behalf of my community. The DNC said Fuck my community and did what they felt best (cheated Sanders) there ya go! https://t.co/FewN0j6fgz

I was wrong. I thought America couldn’t possibly disappoint me more than it already had. But, I was wrong. RIP America.

Don’t forget to add some disgust to the mix, though.

As expected, Latino artists, in particular, were also vocal about their opinions. Some expressed regret. Others shock. And several more made jokes.

Mexican pop-duo Jesse and Joy’s Joy Huerta, however, said that she did what she could, despite the outcome.

Los que votamos podemos decir que hicimos lo posible para mejorar a este país. Por quien sea que hayamos pensamos que sería la mejor opción. Pase lo que pase esta noche nosotros podemos seguir haciendo lo posible para mejorar este país y este mundo uno a la vez, empezando por ti y por mi. **** Those of us who voted can say that we did what we possibly could to help this country. Whoever it was we voted for we did because we thought it’d be the best option. Whatever happens tonight we can still try to help not only this country, but the world too, one at the time starting with you and me. #ElectionDay ??

Though not a musician, Latino comedian George Lopez was strangely optimistic.

Prepare for financial decline , but an Upsweep in Pussy Grabbing #pelosmelapela #ftp… https://t.co/l06daa08FR

“Trump is the reflection of a society that for the first time views itself in a mirror, while the rest of the world laughs, but out of pity.”

Katy Perry, however, takes the cake as the most vocal musician. She called for her fans to take part in a revolution.

WE WILL NEVER BE SILENCED. https://t.co/Co4CYBXg8j

THE REVOLUTION IS COMING.

POWER TO THE PEOPLE

WE WILL NEVER BE SILENCED. #LOVETRUMPSHATE

Do not sit still. Do not weep. MOVE. We are not a nation that will let HATE lead us.