Frank Ocean Calls the Grammys Racist: “This Is My Colin Kaepernick Moment” 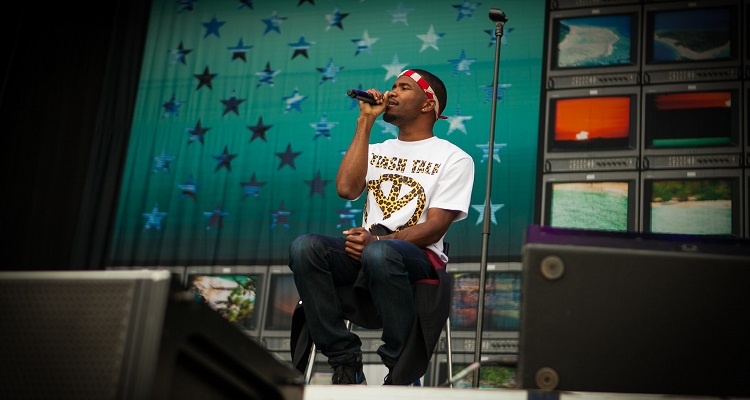 A huge Grammys snub from Frank Ocean and Kanye West. However, will it mean anything?

Blonde is both a critical and commercial success for Frank Ocean. Released outside of Def Jam Records, the risky move paid off for the singer. Now, in a rare interview with the New York Times, Frank Ocean discussed his album. In the article titled Frank Ocean is Finally Free, Mystery Intact, Ocean also explains why he’s snubbing the Grammys.

Frank Ocean made the decision to not accept any Grammys in February. He did not submit “his music for consideration.”

“That institution certainly has nostalgic importance. It just doesn’t seem to be representing very well for people who come from where I come from, and hold down what I hold down.”

He stated that since his birth, few black artists have won album of the year. This includes Quincy Jones, Ray Charles, and Herbie Hancock. Of course, the Grammys reached out to Ocean through his representatives. However, the singer didn’t speak to them directly.

“I think the infrastructure of the awarding system and the nomination system and screening system is dated. I’d rather this be my Colin Kaepernick moment for the Grammys than sit there in the audience.”

Colin Kaepernick is the San Francisco 49ers quarterback. At the start of the 2016 season, he kneeled down during the National Anthem as a way to protest black treatment.

Back in October, Kanye West promised to boycott the Grammys if Frank Ocean didn’t receive nominations. Speaking to the crowd during a show in Oakland, California, Kanye West reportedly said,

“The album I listen to the most this year is Frank Ocean’s album. I’ll tell you this right now, if his album is not nominated in no [sic] categories, I’m not showing up to the Grammys. As artists, we’ve got to come together to fight the [expletive].”

In the interview, Frank Ocean discussed about experiment with other, non-music projects. He may also choose to not release a future-lengthy album.

“Because I’m not in a record deal, I don’t have to operate in an album format. I can operate in half-a-song format.”

He may also devote less time to music.

“I believe that I’m one of the best in the world at what I do, and that’s all I’ve ever wanted to be. It’s more interesting for me to figure out how to be superior in areas where I’m naïve, where I’m a novice.”