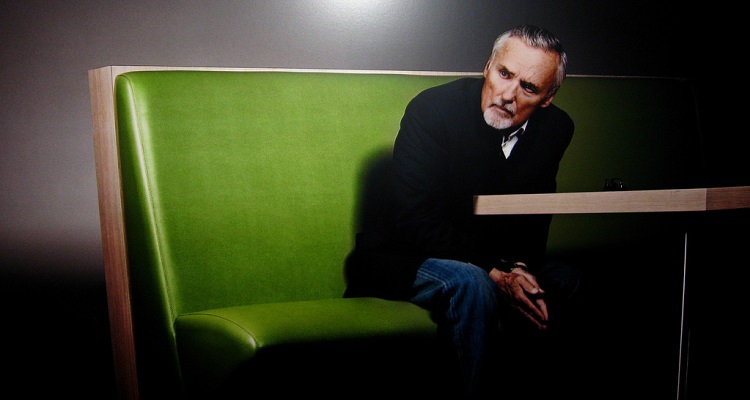 “With a career spanning almost six decades as an actor, filmmaker, photographer, artist ,art collector and Hollywood enfant terrible, Dennis Hopper collected over 100 record titles during his lifetime, including iconic artists and bands such as The Beatles, Bob Dylan, Van Morrison, Fleetwood Mac, Leonard Cohen and Miles Davis, this collection provides an incredible view into the world of one of America’s most culture-defining men. Along with handwritten notes to the actor from various artists and several unreleased records, this is a very personal biography of Dennis Hopper’s musical journey, directly from the archive of Dennis’ daughter, Marin Hopper.

“A portion of the sale price will be donated to The Future Heritage Fund, which was founded in partnership with the New Mexico Community Foundation (NMCF) to support a range of cultural and artistic non-profit organizations in New Mexico.”

The sale includes 110 record titles, including The Beatles, Fleetwood Mac, Bob Dylan, and Simon and Garfunkel, among others. The cost? A cool $150,000.

As stated in the product description, several actors wrote handwritten notes to the popular actor, along with several unreleased records. Moda Operaring will donate a portion of sale proceeds to The Future Heritage Fund. The fund supports a range of cultural and artistic non-profit organizations in New Mexico, where family members laid the late actor to rest.

Aside from acting, Dennis Hopper dabbled in photography, painting, sculpting, as well as directing. The actor succumbed to prostate cancer on May 29, 2010, two months after receiving a star at the Hollywood Walk of Fame.