Drake Bails on a $250,000 Gig In Abu Dhabi After Splitting With Rihanna 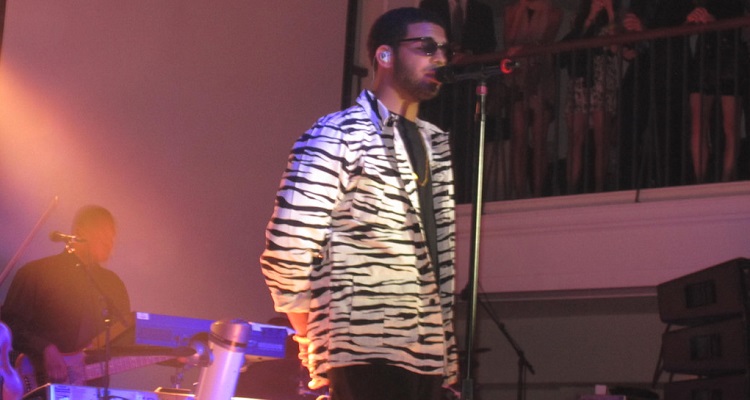 How much does it cost Drake to split up with Rihanna? Try $250,000, a missed gig in Abu Dhabi, and tons of disappointed fans.

Drake didn’t show up to a highly-publicized gig in Abu Dhabi. The reason? He reportedly split with Rihanna.

According to sources, VIP ROOM DUBAI paid the singer $250,000 to appear Saturday night. They tweeted,

However, fans waited until 5 am, but Drake never showed up. To make matters worse, Drake posted a picture of himself in Abu Dhabi.

A source told The Daily Mirror,

“His management had an argument with the management of Abu Dhabi pop-up nightclub VIP ROOM last night and he didn’t turn up for an appearance that he’d been paid $250,000 for.”

Yet, at the same time, Rihanna headlined the after race concert at the du Arena. Fans expected Drake to show up. Much to their dismay, he never did. Eyewitnesses told the Mirror that the singer was backstage supporting RiRi. Akon and Paris Hilton were also backstage with Drake.

Rihanna didn’t perform a great concert, according to a source.

“Rihanna was an hour late to the stage and didn’t impress us too much. It was like she didn’t want to be here. We were so gutted she didn’t bring out Drake especially as he was already in the country. It just doesn’t make sense that they wouldn’t duet together.”

The couple reportedly split because their schedules were too full for a relationship. Drake appeared in various Rihanna concerts. Both artists have not issued a comment yet. Drake’s handlers blamed a security issue. They claimed that too many people showed up at the event, making it unsafe for the singer to appear.