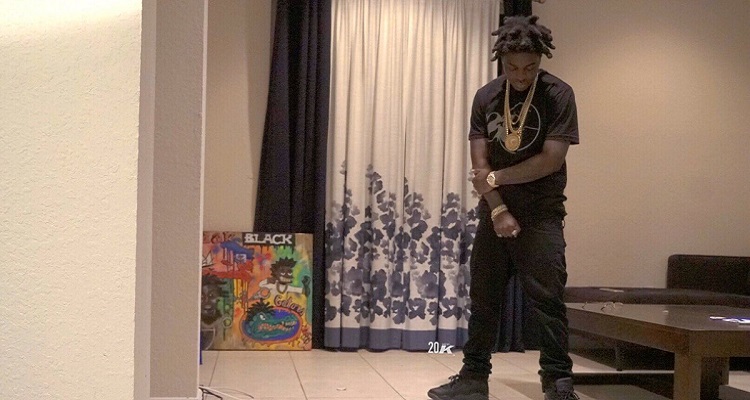 Was rapper Kodak Black shot in Pompano Beach, or is social media getting worked up over yet another hoax?

Rapper Kodak Black has had a rough 2016. In April, police arrested the rapper in Hallandale Beach, Florida, and charged him with possession of a weapon. He allegedly fled from officers. Then, in May, police detained the rapper after he committed armed robbery. On December 1, the rapper was released from custody in South Carolina. Now, according to an ominous (and possibly unreliable) post on gummypost.com, unidentified gunmen shot the rapper twice in the chest.

According to Police report the rapper was traveling on SW 27th ave in collier city, Pompano Beach… as he was about to enter the Mobil gas station on 27th ave… a black box Chevy drove up and started firing at his red BMW x6… the gun men then took off eastbound on Atlantic Blvd…that was the last of them. Kodak black got hit twice in the chest. He was rushed to broward medical center, where He remains in stable but critical condition.

The shooters were driving a black box Chevy at the time of the shooting. They took off eastbound on Atlantic. If You have any information please let your local PD know about it.”

“Rapper Kodak Black just got shot while coming from a club in Pompano.”

Social media lit up immediately Monday night, with fans sending condolences through #PrayForKodak. Others immediately accused fans of grieving over an alleged rapist.

If the news is false, the rapper, who is quite active on social media, has yet to refute it. He’s currently facing rape charges after allegedly raping a woman in a hotel room in South Carolina several weeks ago. He allegedly “tore off [her] clothes,” bit her, and then raped her as she screamed for help. Black, whose real name is Dieuson Octave, posted an unapologetic tweet.

I contacted Broward Health Medical Center directly. An operator stated that the rapper wasn’t at the hospital, and didn’t have any information available. Many had called the hospital beforehand asking about the rapper. Pompano Beach PD have also yet to issue any comment, along with local news media.

Kodak Black just posted a new video on his Twitter with the hashtag #ImGood.