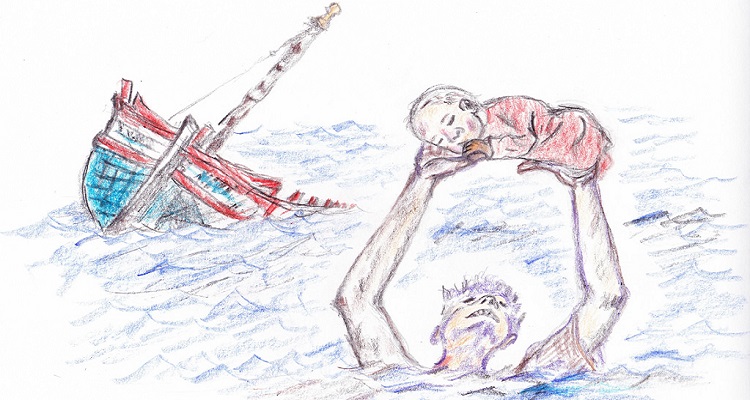 Musician/Activist Chuck D has taken sharp issue with the now-dubbed ‘Muslim Ban’.  Posting an image of a skeleton wearing headphones and about to commit suicide, he wrote,

Expect artists to be banned & jailed by 2020 in the USA. I’m clear on this pic.twitter.com/5ybYVFiAFy

American singer, songwriter, actor, and record producer Josh Groban openly criticized those in Trump’s cabinet defending the measures. He asked them to question and reflect on the country’s true principles.

To those in gov towing the line for a president you know is wrong: ask yourself “at what cost?”. This isn’t who we are and you know it.

Some perspective on the threat that Americans face from Muslims in the US. Maybe Trump should ban something else? pic.twitter.com/4JoxEsUjwQ

Refugees are FLEEING TERROR. They are not terrorists. #muslimban

Too late. He has made it clear he will destroy American values. I dread what each new day will bring. I’m ashamed of him. https://t.co/CtXzOpsxYJ

American rapper and poet Michael Franti shared what he considered valuable information in regards to the temporary travel ban.

There Have Been No Fatal Terror Attacks In The U.S. By Immigrants From The 7 Banned Muslim countries #zero https://t.co/BB33ma16s5

Disgusted! The news is devastating! America is being ruined right before our eyes! What an immoral pig you have to be to implement such BS!!

NE-YO took some time to criticize both the travel ban and the construction of the wall in Mexico.

While touring, Bruce Springsteen, an outspoken Hillary Clinton supporter and Donald Trump critic, renewed his attacks on the POTUS.

“Tonight we wanted to add our voices to the thousands of Americans who are protesting in airports around our country the Muslim ban and detention of foreign nationals and refugees.”

“America is a nation of immigrants, and we find this anti-democratic and fundamentally un-American.”

“Los Angeles is the home of so many immigrants, so many creative people, so many dreamers, and those of us who work in this business have the privilege of shaping how the world perceives this country we love. We are the voice, we are the face of America.

“Our America is big, it is free, and it is open to dreamers of all races, all countries, all religions. Our vision of America is directly antithetical to that of President Trump. And I want to specifically tonight reject his vision and affirm that America has to be better than that.”

Right before the event, Legend tweeted,

This is a beautiful story. When we reject Iraqi refugees, we reject Brahim. Shame on America. Shame on Donald Trump. https://t.co/1NzFtUPvm8

Donald Trump is an unwell, evil human being. To the core.