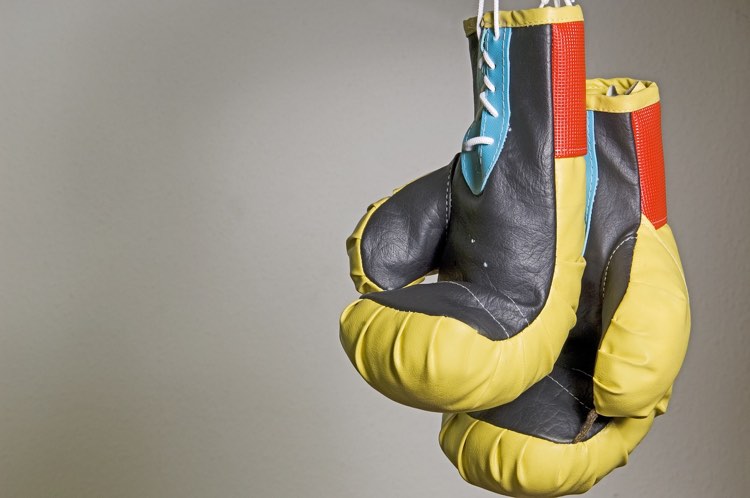 Instead of gunning each other down, why not do a celebrity boxing match?  That might be the next step for Hurricane Chris and Kodak Black, with Lil Wayne standing ringside.

The latest rapper beef might end with bruises, not bodybags.  According to preliminary details shared with Digital Music News this morning, beefing rappers Hurricane Chris and Kodak Black could start an entirely new way to settle beef.  And, make a lot of money in the process.

Already, we’re hearing from a boxing shark eager to put this into the squared circle, though this is still in the early planning stages.  And it probably won’t happen in Vegas, according to the NY-based oddsmaker.  “Dubai is one place you take something like this, you’ll fill [the venue] plus maybe get pay-per-view [revenues],” the source relayed.

“You don’t know, they love this shit.”

Las Vegas is of course closer.  But regulations on drug-testing and a desire to avoid ‘celebrity boxing matches’ could make that location less likely, according to the source.  Plus, with so many events and distractions competing for attention in Las Vegas (and America in general), the draw might be underwhelming.

Dubai offers a different story, though the event could be held in one of the city’s upscale boxing clubs.  And, broadcast from there, with a small private audience of enthusiasts and gamblers.

Chris Brown vs. Soulja Boy: Off the Table

That fight was rumored to be held in Vegas, then Dubai, but now appears to be dead after a number of logistical problems.  And Chris Brown’s legal record and attendance problems also topped the list of concerns.

Enter Hurricane Chris, who first gained fame with his smash hit, “A Bay Bay”.  That was back in 2007, and since that point, Hurricane Chris has largely been written off as a one-hit wonder.  Now, it looks like this rapper might be plotting a comeback.  And what better way to pick a fight with one of the hottest rappers in 2017?

This whole thing started when Kodak Black proclaimed to be the greatest rapper alive, a title long touted by Lil Wayne.  Coming out of the woodwork was Hurricane Chris, who decided to play bodyguard for Wayne.

It worked.  Just today, Hurricane Chris started trending on Twitter.  And the heat on this one is starting to intensify.  Here’s just one of several warnings Hurricane Chris has issued against Kodak Black.

A video posted by Hurricane Chris (@hurricanechrisofficial) on Feb 5, 2017 at 3:00pm PST

“Don’t Play With Me”

Hurricane Chris has even released an entire diss track against Kodak.  That track, “Don’t Play Me,” has already reached 250,000 views in under 24 hours.

Firing back, Kodak Black has clowned Hurricane’s one-hit wonder status by singing ‘A Bay Bay’ from a hot tub.  Among other disses.  But despite a range of threats, it looks like Hurricane is mostly interested in an all-out brawl.  No weapons, and more importantly, no weapons or murder charges.

Great news, because despite all the gun-toting, Kodak Black seems interested in the exact same thing.  Back in early January, Kodak Black uploaded this video, challenging Lil Wayne to a boxing match.

#PressPlay: #KodakBlack is trying to see #LilWayne inside the boxing ring ?

The only problem is that Wayne doesn’t want to ‘punch down’ on Kodak Black, whose stature is much smaller than Wayne’s.  That explains the presence of Hurricane Chris, though Wayne might decide to sit ringside.