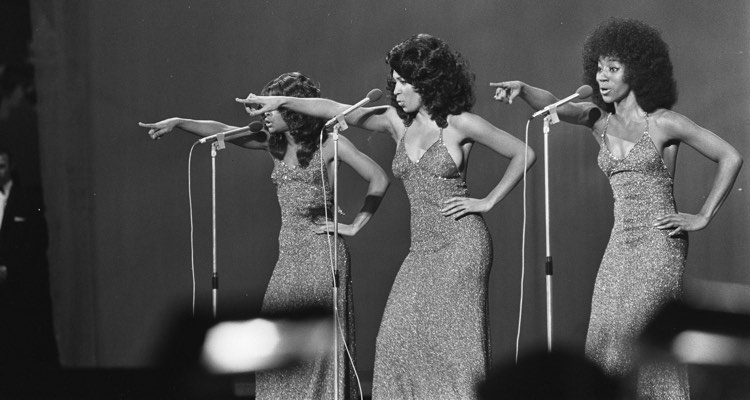 They had a smash hit in 1974, and a follow-up success a few years later.  But despite millions of plays, the members of The Three Degrees haven’t received a dime from Sony Music Entertainment.

If you’re a child of the 60s and 70s, perhaps you know their smash hit.  Back in 1974, “When Will I See You Again” became a top-charting single, sung by the three lovely ladies of The Three Degrees.  Part soul and part disco, it was a perfect addition for a raging disco dance scene, and quickly topped the charts in both the US and UK.

The group then followed that success with “TSOP (The Sound of Philadelphia)” as singing guests.  But thanks to shady dealings and ‘verbal contracts,’ not one member of The Three Degrees has received a dime from those successes.

Now, the group is taking the matter to US District Court in the Manhattan.  If successful, The Three Degrees could receive millions in unpaid royalties, more than 40 years after the fact.

+ 52 Ways to Screw an Artist, by Warner Bros. Records

The group was first formed in Philadelphia in 1963.

At the center of the lawsuit is Sony Music Entertainment, which now owns the rights to group’s recordings.  The original contract was inked with CBS Records, which was ultimately purchased by Sony in the early 1990s.  According to the filing, the group’s manager signed a direct deal with then-CBS and then created a ‘verbal agreement’ with the group.

Pro tip: Never, ever, ever ‘sign’ a so-called ‘verbal contract’… with anyone (EVER)!

Specifically, manager Richard Barrett offered to split Sony royalties four ways, with the three members of The Three Degrees receiving 75% of net earnings.  Unfortunately, the members allege that they received 0%, with Richard’s surviving wife, Julie, currently receiving royalty checks.  Exactly where Sony was in all of this remains unclear, though the label could claim that the Barrett estate is to blame.

+ 36 More Ways to Screw An Artist, by Warner Bros. Music…

The Three Degrees had a shifting cast, though the lawsuit is being brought by Valerie Holiday and Helen Scott, as well as the estate of Fayette Pinkney.  So far, no response from either Julie Barrett or Sony Music Entertainment.  But it’s safe to say that millions of spins on platforms like Spotify aren’t getting back to the artist.