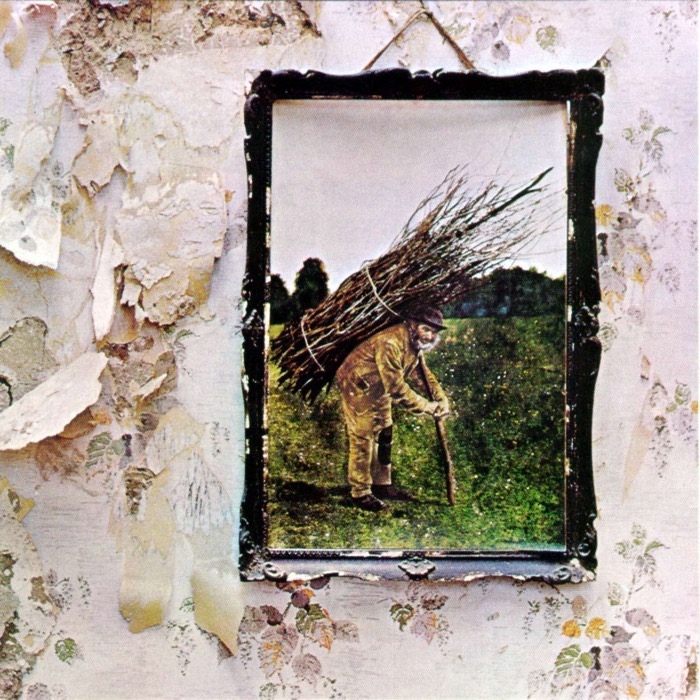 So, what will Michael Skidmore do differently this time around to get a favorable ruling against Led Zeppelin for ‘Stairway to Heaven’?

Last year, an eight-member jury unanimously decided against the estate of Randy California’s lawsuit in US District Court in Los Angeles.  The copyright suit only lasted seven days in court.  They ruled that Led Zeppelin’s ‘Stairway to Heaven’ isn’t substantially similar to Spirit’s ‘Taurus.’

They slammed the case shut, and Jimmy Page and Robert Plant went back to their regular lives.

Digital Music News even found a piece that sounded exactly like ‘Stairway to Heaven’ from the 16th century!  Which made case even more frivolous and unbelievable.

Yet, Michael Skidmore, the estate’s trustee, refuses to give up.  Last week, he filed new paperwork, asking the Ninth Circuit to reverse the original trial.  So what will Skidmore do differently this time to prove Led Zeppelin’s Jimmy Page actually stole Taurus?

This is probably a hopeless case, and a last-ditch prayer for millions.  That said, here’s a likely strategy of re-attack:

Skidmore starts the appeal by calling Randy California (born Randy Wolfe) a musical genius.  In court documents submitted alongside the appeal, he gives a brief history of Wolfe’s musical career.  He met American music legend Jimi Hendrix at age 15 and went on to play “many shows with Hendrix.”

Michael Skidmore also explains the song’s roots, seeped in genius inspiration (of course).  In 1966, Wolfe fell in love with a girl whom he went on to marry. Her astrological sign was “Taurus,” so Wolfe decided to name a song after her.  For almost a year, Wolfe’s band, Spirit, played weekly at a Hollywood club.  At every performance, Spirit played “Taurus.”  Here, Skidmore pauses his Wolfe narrative to explain to the Ninth Circuit about Taurus’ composition.

“The recordings of Spirit playing the Ash Grove show that the composition of ‘Taurus’ was in a concrete, definite, and final form in early to mid-1967.”

The genius song had descended upon its creator.

Then, after meeting producer Lou Adler, Wolfe managed to have the band signed to a recording contract on August 29, 1967. Skidmore attached the contract to an excerpt.  He also attached the original Taurus copyright and a deposit copy lead sheet.

And here’s the part where an adoring Led Zeppelin copied the song.

To support the album, Spirit went on a “lengthy tour.”  The 1967 album featured ‘Taurus’ and ‘Fresh Garbage.’  A new group tagged alongside Spirit.  Named Led Zeppelin, the group first performed at a Spirit tour on December 26, 1968. The opening act for Spirit covered ‘Fresh Garbage.’

Here, Skidmore pulls at the court’s metaphorical heartstrings.  When not performing for Spirit, the group ‘came to Spirit shows to watch.’  In fact, Led Zeppelin’s Jimmy Page greatly admired Spirit.  In an interview, he stated that Spirit ‘struck him at an emotional level.’ Furthermore, in an apparent homage to Spirit, the band performed ‘Fresh Garbage’ at their own shows.  This happened before the relatively unknown rock group (at the time) first opened for Spirit.

Here’s where Michael Skidmore shows the real reason for writing Randy Wolfe’s musical start.  Between 1970 and 1971, Led Zeppelin wrote their now classic ‘Stairway to Heaven.’  Page and Plant both have writing credit for the song.  Former Spirit band member, Larry Knight, testified how he spoke with Page in 1973.

At an after party show, Jimmy Page couldn’t help but tell Knight how much he liked the band.  In fact, Skidmore says that Jimmy Page “gushed” his adoration for the group. Knight went on to testify that Randy California and Jimmy Page interacted at the after party.

As “gushing” fans, Jimmy Page would have sufficient motive to outright copy Randy Wolfe’s ‘Taurus’ in ‘Stairway to Heaven.’\

In Petrella v. MGM, a court ruled that copyright infringement lawsuits could “be filed for infringement within the last three years.”  Randy Wolfe drowned in 1997.  Following the ruling, his estate would file a lawsuit against Led Zeppelin.  The group infringed on Taurus in Stairway to Heaven.  The estate alleges that the specific musical expression at issue were the opening notes, which were “substantially similar” to Taurus’ opening notes.

In previous testimony, Jimmy Page and Led Zeppelin disputed the ownership, access, and substantial similarity.  They affirmed affirmative defenses, including “unclean hands” and “independent creation.”  So, they filed for a summary judgment, inter alia, that the songs were not substantially similar.

Yet, according to Skidmore, several estate experts found that yes, the songs shared substantial similarity.

“[Plantiff’s] experts had found that the protectable composition in the Taurus copyright was nearly identical to Stairway to Heaven’s iconic opening notes.”

The Trial Court had denied Led Zeppelin’s summary judgment.  It also found that the case had “triable issues of fact on ownership, access, and substantial similarity.”  Yet, the Court also limited the protection composition of ‘Taurus.’  The court limited the composition to the deposit copy lead sheet.

Furthermore, even after Skidmore and the estate objected, the Court denied admission to ‘Taurus’ sound recordings. It also ruled that “only the exact notes on the deposit copy of Taurus” had protection under the 1909 Act.

To make matters worse, wrote Skidmore, the Court precluded any ‘Taurus’ song recording. It also precluded “any and all expert testimony on access.” This expert testimony compared ‘Stairway to Heaven’ and ‘Taurus’ sonic landscapes and production techniques. The now-rejected sound recordings would have demonstrated “striking similarity for proving access and lack of independent creation.” In fact, they also prove that the

Once the five-day jury trial took place, the Court would give the jury several “erroneous and inadequate instructions.” This included a “misleading and confusing description of the extrinsic test and the scope of protection in copyright law.” Due to these outright errors by the Court, the jury returned a defense verdict. The Plaintiff had proven ‘Taurus’ ownership, which the Defendants had access to. Yet, Court errors led to the jury to state the following:

“[The] Plaintiff had not satisfied the extrinsic test for substantial similarity.”

Skidmore’s main strategy is to demonstrate the trial court’s inability to rule correctly. Thus, if successful, the Ninth Circuit would rule in his favor. Repeating his argument over the trial court’s significant errors, the appeal ends with the following decision.

“For the foregoing reasons, Plaintiff-Appellant respectfully requests that this Honorable Court reverse, vacate, and remand for a new trial, including striking the bill of costs. The issues complained of, both when considered individually and as a whole, demonstrate that there were many serious errors that unduly prejudiced Plaintiff’s ability to prove substantial similarity.”