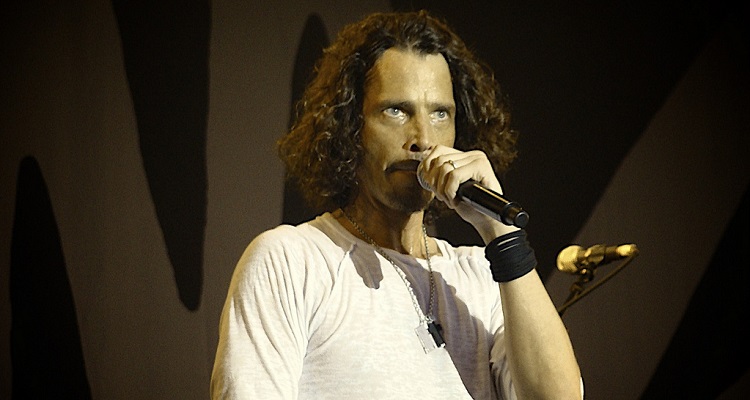 Accidentally taking too much Ativan may have pushed Soundgarden’s Chris Cornell to commit suicide.

Shortly after midnight on Thursday, police officers found Soundgarden’s Chris Cornell lying unresponsive in the bathroom with a band around his neck.  Cornell’s wife had previously called on a friend to check on her husband.  He passed away at 52 years old.

Chris Cornell performed with Soundgarden just hours earlier at Detroit’s Fox Theatre.  Reporters said that he looked cheery after giving a spirited performance.  There wasn’t any indication that the singer struggled with depression or any current drug addictions.  However, the Wayne County Medical determined that the singer committed suicide.  Now, his family will challenge that ruling.

Through their lawyer, Cornell’s family issued the following statement.

“The family believes that if Chris took his life, he did not know what he was doing, and that drugs or other substances may have affected his actions.  Without the results of toxicology tests, we do not know what was going on with Chris—or if any substances contributed to his demise.”

According to his family, Cornell had probably taken prescription drug medicine Ativan above its recommended dosage.  The family’s statement continues,

“Some medical literature indicates that Ativan can cause paranoid or suicidal thoughts, slurred speech and impaired judgment.”

Following Chris Cornell’s spirited performance in Detroit, Chris Cornell’s wife, Vicky, noticed that the singer’s speech had slurred.  In an emotionally-charged statement, she indicated that this may have been a possible side-effect of Ativan.  This, in turn, may have pushed the singer to commit suicide.

“Chris’s death is a loss that escapes words and has created an emptiness in my heart that will never be filled.  As everyone who knew him commented, Chris was a devoted father and husband.  He was my best friend. His world revolved around his family first and of course, his music, second.  He flew home for Mother’s Day to spend time with our family.  He flew out mid-day Wednesday, the day of the show, after spending time with the children.

When we spoke before the show, we discussed plans for a vacation over Memorial Day and other things we wanted to do.  When we spoke after the show, I noticed he was slurring his words; he was different…he told me he may have taken an extra Ativan or two, I contacted security and asked that they check on him.  What happened is inexplicable and I am hopeful that further medical reports will provide additional details.  I know that he loved our children and he would not hurt them by intentionally taking his own life.”

Uploaded on YouTube, you can see the singer’s final performance below.