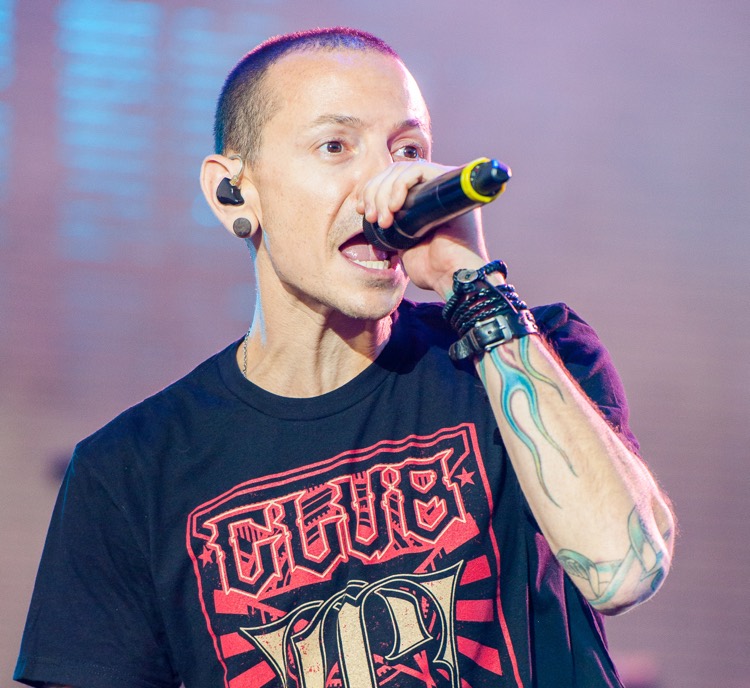 Linkin Park lead singer Chester Bennington has killed himself.  The singer committed suicide by hanging; he was 41.

The following is a developing story.

Chester Bennington, the lead singer and co-founder of Linkin Park, has killed himself.  Perhaps coincidentally or perhaps by design, Bennington died on Chris Cornell’s birthday.

Bennington’s body was found this morning in his Palos Verdes Estates residence.  Palos Verdes is a high-end community south of Los Angeles.  Subsequently, the Los Angeles County coroner’s has confirmed that the death is likely a suicide by hanging.  Which also happens to be the same method Cornell employed to kill himself.

The gruesome news was confirmed by Linkin Park member Mike Shinoda.  “Shocked and heartbroken, but it’s true,” Shinoda wrote on Twitter. “An official statement will come out as soon as we have one.” 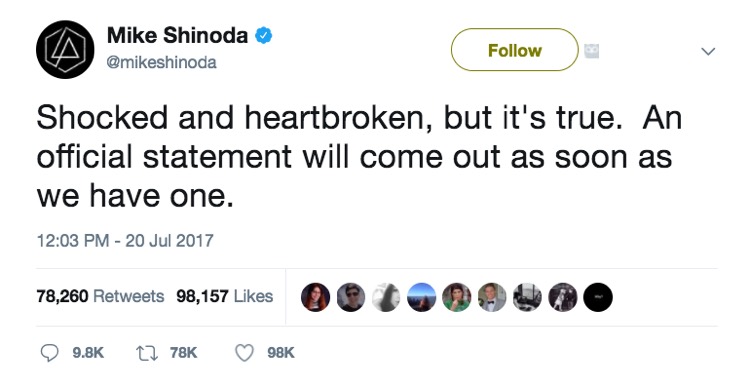 Bennington and Linkin Park achieved mega-fame in the late-90s and early 2000s.  The formula of Bennington’s singing and Shinoda’s rapping was unstoppable at one point, with platinum-level success and worldwide stardom the result.  The group achieved huge success in part because of massive radio play, with smartly-crafted songs and a high-energy stage presence attracting millions of fans.

At this stage, we’re not sure if the singer left a suicide note.

Bennington’s emotional intensity undoubtedly fueled Linkin Park’s success.  But that intensity was largely rooted in depression and emotional difficulties.  Bennington was open about drug and alcohol abuse, and a deeper state of darkness.  In fact, Bennington viewed music as an outlet.   “I have been able to tap into all the negative things that can happen to me throughout my life by numbing myself to the pain so to speak and kind of being able to vent it through my music,” Bennington told Noisecreep in 2009.

Sadly, Bennington was a close friend of Soundgarden’s Chris Cornell.  Cornell’s death was also unexpected, though eerily, also a suicide by hanging.  The pair were not only good friends, but their families intertwined.  So close, in fact, that Bennington was godfather to Cornell’s son.

The pair also played and toured together.  Shortly after Cornell’s death, Bennington offered this condolence:

“I can’t imagine a world without you in it.  I pray you find peace in the next life.”

In fact, Bennington offered a public tribute to Cornell during a June performance on Jimmy Kimmel Live.  It was one of his last performances before his death.

Whether Cornell’s suicide motivated Bennington’s is unclear.  But the development marks the second suicide by an ultra-successful singer, perhaps a difficult commentary on the musical spotlight.

“If it wasn’t for music I’d be dead,” Bennington once told Rock Sound. “One hundred percent.”