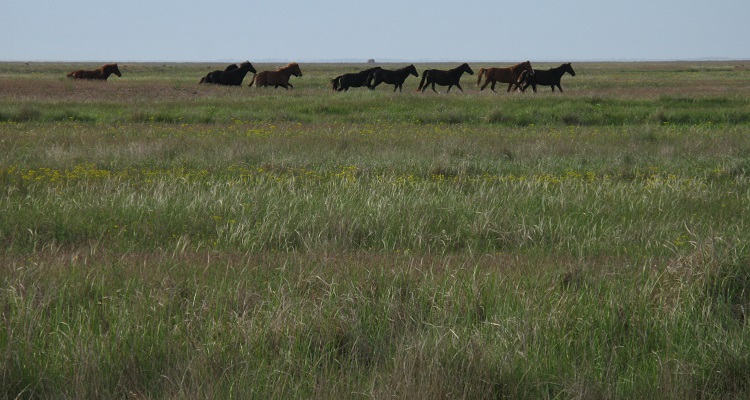 A linguist has used SoundCloud to reconstruct one of the first spoken languages.

Speaking with Mic in 2015, SoundCloud co-founder and former CEO Alexander Ljung shared his vision for the platform.

“I want to connect every human online through the power of music and audio.”

Ljung had previously explained that through SoundCloud, artists could upload audio content with experimental genres.  Those genres could then take off worldwide.

“We have people who could be anywhere in the world at the moment, creating a completely new genre that hasn’t been known before, and within a very short amount of time, that may be the biggest thing in the world.”

The service has mostly focused on tracks produced by independent artists.  Yet, one professor decided to resurrect an all-but-forgotten language on the platform.

According to one theory among linguists, the ‘mother’ of 445 languages spoken around the world is Proto-Indo-European (PIE).  Yet, a written record for the hypothetical language doesn’t exist.

Linguists believe that a group of people living in the Pontic-Caspian steppe spoke PIE.  Today, the steppe encompasses parts of Moldova, Ukraine, and Russia.

Through a series of “historical episodes,” including migration, the original speakers became separated.  Linguists believe that this caused a “divergence in the languages they spoke.”

No direct evidence of PIE exists.  Undaunted by a lack of written records, however, linguists throughout history have endeavored to recreate the fabled language.

Eric A. Powell, online editor of Archaeology Online, explained the motivation behind the research.

“By the 19th century, linguists knew that all modern Indo-European languages descended from a single tongue.  Called Proto-Indo-European, or PIE, it was spoken by a people who lived from roughly 4500 to 2500 B.C., and left no written texts.  The question became, what did PIE sound like?”

Using reconstructed Proto-Indo-European vocabulary, August Schleicher, a 19th-century German linguist, created a fable.  Named The Sheep and the Horses, the fable tells the story of a shorn sheep who encounters a group of horses.

Research into PIE soon caused a division among scholars, however.  They couldn’t agree on a definitive version of PIE.

That hasn’t stopped Andrew Bird, though.  The University of Kentucky linguist recited the fable using “precise” PIE pronunciation.  He derived his version of the fable from the latest research and insights into the mythical language.

According to Realm of History, the English version of The Sheep and the Horses reads,

“A sheep that had no wool saw horses, one of them pulling a heavy wagon, one carrying a big load, and one carrying a man quickly.  The sheep said to the horses: “My heart pains me, seeing a man driving horses.”  The horses said: “Listen, sheep, our hearts pain us when we see this: a man, the master, makes the wool of the sheep into a warm garment for himself.  And the sheep has no wool.” Having heard this, the sheep fled into the plain.”

Realm of History also included an English transliteration of Schleicher’s tale in PIE.

Byrd uploaded an updated version of Schleicher’s tale on SoundCloud.  Using ‘precise’ pronunciation, he also recreated another short tale in PIE called The King and God in PIE.

You can listen to both tracks below.

Featured image of the steppe in Azov-Syvash National Nature Park, Ukraine by YegorGeologist (CC by 4.0)