13 Ways To Get Blacklisted From The Music Industry 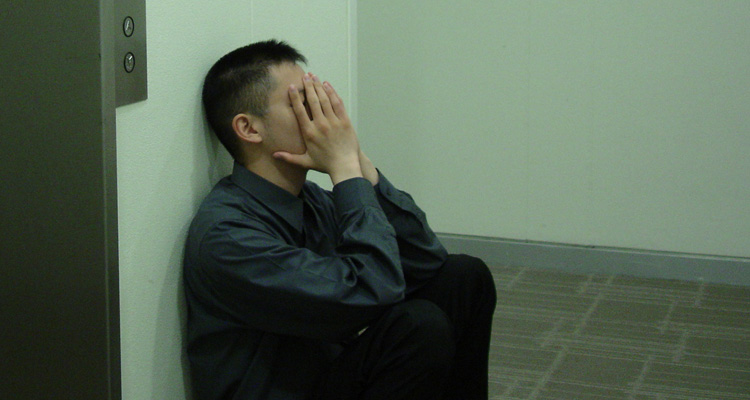 The longer I’m in music, the bigger my network gets and the smaller the music community seems.

I was on a layover at MSP (Minneapolis) and I saw Rashawn Ross, the renowned trumpet player for Dave Matthews Band, Soulive, Lettuce etc etc. I’d never met Rashawn, but a quick glance at his Instagram showed that we have many mutual friends. Now, I must confess, I went up to him, shook his hand and said I was a fan before we started chatting about a recent event he played in St. Louis. We quickly made the connection about a mutual friend’s new baby. Our conversation was brief.

I am a fan. I’d seen him a bunch of times over the years with Soulive and DMB, at the Hotel Cafe and the Troubadour with various local acts and I’ve followed his career for some time now. People would probably exclaim that you shouldn’t introduce yourself as a fan, but I don’t care. I am a fan. Yes, I’m a musician and in the industry. But in this moment, I wanted to give him the adulation that I always appreciate receiving.

The road can be tough, but getting a spec of recognition that you’re doing something right, can keep you going another day.

Eventually, all of us in music, no matter if you’re on stage, back stage, side stage or behind the proverbial stage in an office in LA, only stick with this unstable, unrelenting, inexplicable, occasionally rewarding career path because it’s who we are. Not merely what we do.

If there are 13 things I’ve learned about how to stay relevant, respected and prolific in music it is to avoid the following:

1) Acting Bigger Than You Are

Nothing is more of a turnoff than when someone tries to convince me they have hoards of fans when they don’t. This isn’t simply ‘faking it till you make it.’ When it comes to personal relationships and making connections, you want to be authentic. Confident, yet humble.

It’s one thing to have a coordinated, cohesive online aesthetic with airtight production. And it’s a totally other thing to relentlessly talk and tweet about your ‘fans.’ There is no shame in cutting your teeth. Gigging out to empty clubs. Having (authentic) modest social media follower numbers. Buying fake followers and talking about all your ‘fans’ when it’s aptly clear you have none is embarrassing. You may get someone to take a second look if you have impressive social numbers, but once they dig one layer deeper and discover they’re all fake and you actually have no real followers and your music is not even close to where it needs to be, you will be written off.

I will be the first to tell you that if you don’t promote your music no one will listen. If you don’t promote your shows no one will show up. As Ben Folds says “Self promotion: if you don’t want anything to do with it stay in your fucking basement.” Yes, promotion is necessary, but don’t start implementing sales funnel style marketing strategies and throwing money at Facebook ads before you’re ready. Play out. Test the waters. Fail hard. A lot. Practice your ass off. Write a hundred songs. Build authentic relationships. Make friends with people who care about you and will tell you if something is not ready without fear they will hurt your feelings. If you invite the industry out to your show or beg them to listen to your track and you suck, you can bet they will never give you a second look.

“Self promotion: If you don’t want anything to do with it stay in your fucking basement” – Ben Folds

Trashing others in your scene isn’t hurting their rep, it’s hurting yours. Stay positive. Surround yourself with positive people. People don’t want to be around negativity. Be a positive presence in your scene. If you get into the habit of trash talking, you’ll bad mouth the wrong person and it will come back to bite you in the ass. The biggest difference I noticed in the Los Angeles music scene versus most other local scenes around the country is that musicians in LA are here to make a living with music by whatever means necessary and don’t let the countless obstacles get in their way. They don’t have time for negativity. No one wants to hang out with people who bitch all the time. They want to hang out with people who constantly inspire them and encourage them to keep pushing for their dream.

The singer/songwriter scene in LA is small. Yes there are a zillion singer/songwriters in LA, but the community of singer/songwriters who are out there every night of the week playing, co-writing, networking, supporting, is tightly knit. Word recently spread that someone in the scene accused someone else of ‘stealing’ her song. No songwriter sets out to plagiarize someone else’s song intentionally. All music is derivative and we’re all influenced by everyone else. If you hear similarities in songs, let them be. It happens. If the song becomes a hit and earns lots of money, do what Tom Petty does and be cool about it.

Don’t sue. Don’t publicly accuse someone of stealing when most songs won’t earn back the cost it took to record them. The person who accused our friend of ‘stealing’ has quickly been blacklisted. Think anyone wants to co-write or play shows with her now? It’s not how you build community. This isn’t a competition. We are creating art. Anyone accusing someone else of stealing their creations is in it for the fame and money and has their motivations completely skewed. Anyone who thinks suing over mild similarities in art is merely ‘protecting intellectual property’ isn’t an artist, is motivated by money or is extremely insecure with their own creations.

5) Cheating, Scamming, Shaking Down The Unprotected or Naive

This is geared more toward those who work on industry side of the biz. There are unfortunately countless examples of people who are dishonest and take advantage of musicians who either don’t know any better or are simply unprotected. If you shake down musicians when you are the reason you didn’t make any money, convince musicians that ‘paying to play’ is the only way to make it, run pay for stream scams, lie about your deals, fudge numbers, withhold payment or manipulate musicians or your co-workers, word will spread. You will not last. It’s short sighted and unethical. Cut it out. We will find you and publicly out you for your shady practices.

Your victims may be afraid to call you out for their own (unjustified) fear of blacklisting. I’m not. I will call your ass out.

Btw, if you feel there are shady business people taking advantage of musicians, running scams or employing unethical tactics, please let me know: [email protected] and I will publicly call them out and shut them down.

6) Talking About How Tough Everything Is

I learned the hard way when I first got to LA that no one wants to hear how difficult it is to make it in LA. It’s difficult for everyone, but everyone figures it out – or they leave. No one wants to be around people who pity themselves. Yeah, it sucks to work a day job. Yeah, rent is expensive. Yeah it takes money to invest in a music career. Yeah, you don’t get paid early on when you’re still developing your craft. Everyone knows this. But no one wants to be around people who dwell on this. Dwelling in negativity. Get positive. Find creative solutions and stop bitching.

7) Being In It Only For Yourself

If there’s one thing I’ve learned from running Ari’s Take (where I pass along every piece of knowledge I gain to anyone who needs it), is that what goes around comes around. If you support others selflessly, you will be supported. If you only go to shows when you’re playing and ignore your community, you’ll be left out in the cold. Friends like helping friends. Want a leg up? Think about someone other than yourself. Go out of your way to help someone if you can without expecting anything in return.

When people come to me asking for advice and they haven’t read my book, I politely tell them to read it. I even buy it for them if they really are too broke to buy it themselves. But if I see that they keep asking around town for favors and shortcuts without putting in the work, I see it as a surefire way to start losing support. People don’t like those who ask but don’t give. Who try to find the easy way out. There are no shortcuts in music. You have to put in the work. You have to play the long game.

9) Lack of Self Confidence

There’s a fine line between confidence and arrogance. And it typically cannot be defined on paper. If you’re confident, but it isn’t backed up by your skills, talent, and work ethic, it’s typically seen as arrogance. Quiet confidence is the most powerful character trait. Don’t get too cocky when you start to see some success. Yes, early on you will need to talk yourself up to a point. If you’re too humble and lack self-confidence people won’t be impressed with you and will think that you’re not taking your career seriously. Whereas if you’re arrogant, it’s a complete turn off. This is a difficult line to straddle, but it’s always better to error on the side of humility. Be confident. But humble.

The music industry is smaller than you think. If you start burning bridges with people, word will spread. No one wants to work with someone who is difficult – no matter how talented they are. There are a ton of talented people out there. Talent, these days, ain’t that unique.

People want to work with talented artists who have a great work ethic and a great attitude.

Talent does not excuse douchbaggery. You are never too big, too important or too talented to treat people with respect. This goes for execs, agents, managers, publicists and artists. Especially those with assistants. You think the assistant you’re shitting on is going to stay an assistant forever? Someday you’re going to need something from them and they are going to turn you the f down because you treated them horribly. It ain’t that hard to treat people, of every level, with dignity and respect. Take a breath. Slow down. Act like a person. You ain’t Ari Gold. Get over yourself.

The music industry is all about connections. If you keep getting your back scratched and never return the favor, that support will eventually dry up and your back will scab right up.