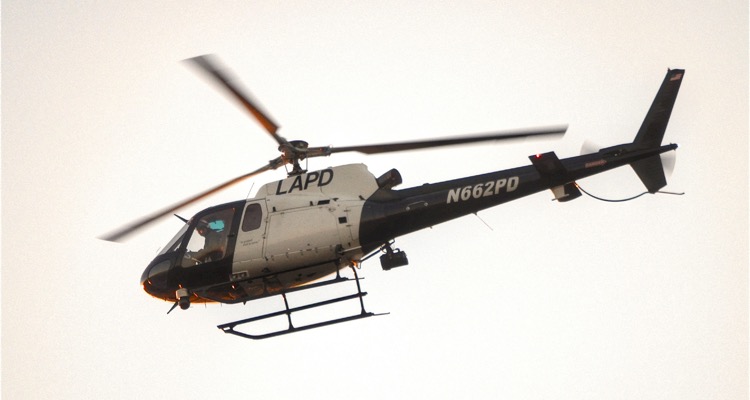 Multiple shooters escaped after trying to kill Young Dolph in the middle of a crowded Hollywood shopping area.  But one person has been detained — and he’s not talking.

Update, Sept 29th 7:15 am PT: LAPD has now released suspect Corey McClendon according to the LA Times.  McClendon may have been involved in the initial brawl with Young Dolph, and has a connection to Yo Gotti.  Meanwhile, three assailants were reported to have fled the scene of the shooting.  At least one apparently jumped into a gold Cadillac Escalade, then ditched the vehicle at a nearby gas station (near the intersection of Franklin & Highland).  As of this morning, zero suspects have been detained — all cleanly escaped.  And what about that Escalade left behind?

Exactly how Young Dolph survived a hail of bullets during a military-style ambush is anyone’s guess.  But equally perplexing is how a ‘murder squad’ of shooters escaped — despite mounting an attack in a jam-packed Hollywood tourist area in broad daylight.

Dolph’s assassins were laying in wait while the rapper shopped for kicks.  Accordingly, Dolph faced a quick ambush after a brief altercation.

For those just tuning in: Memphis rapper Young Dolph was brutally attacked on Tuesday, shortly after 1 pm Pacific Time.  Dolph was exiting the Show Palace when the attack occurred, with tourists and passersby scrambling for cover.

Within minutes of gunshots ringing out, an estimated 10+ cop cars fled to the intersection of Hollywood & Highland.  One bellboy at the nearby Hollywood Loews counted 12 squad cars in total, with several posting in the hotel’s driveway.  An aerial shot from local station KTLA show 6 cars on Highland alone.

Escape routes were clogged.  Yet somehow, multiple gunmen escaped the crime scene.  One theory is that the gunmen sped to the nearby 101 Freeway.  That sounds plausible given the midday lull in traffic that Los Angeles typically experiences.

Additionally, heading north on the 101 would have given the shooters quick escape to the San Fernando Valley.

Actually, one individual has been detained: Corey McClendon.  McClendon is believed to be an associate of Yo Gotti (real name Mario Mims), according to the LAPD.

“[Young Dolph] was targeted because of who he is and some kind of beef that’s ongoing,” LAPD chief Charlie Beck told KABC in Los Angeles.

“I think this was something he brought with him from across the United States.”

Meanwhile, McClendon is refusing to snitch, potentially leaving the trail cold on other Gotti associates.  Earlier, Gotti was implicated in a military attack against Dolph in Charlotte, North Carolina.  Dolph’s SUV withstood an estimated 100+ shots from multiple vehicles, possibly because of specialized vehicle bulletproofing.