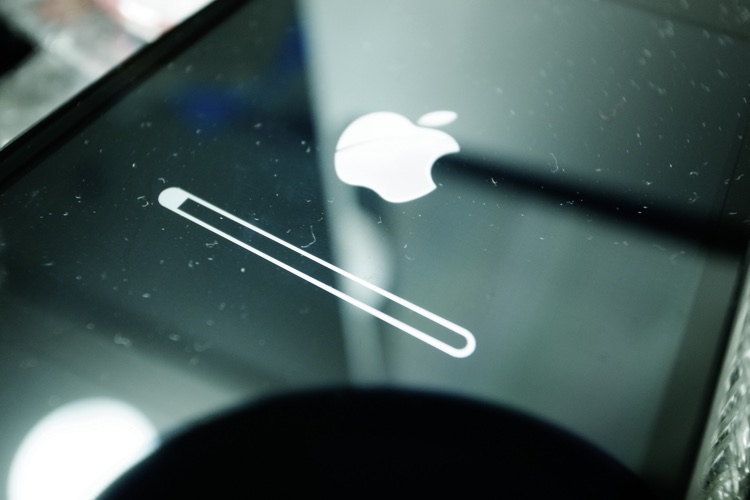 But of course, we weren’t alone.  A user on Reddit claimed to have found evidence of deliberate iPhone throttling.  Using Geekbench, a cross-platform processor benchmark app, ‘Teckfire’ posted screenshots ‘proving’ that the company had deliberately slowed down the iPhone 6.

The battery had around a 20% wear level.  After changing the battery, Geekbench now reported dramatically better results.  After the results, Teckfire came to the conclusion that Apple slowed down older devices to get users to upgrade.

Users quickly slammed the company for allegedly fabricating iPhones designed to break down after specific time periods.  Earlier, Apple explained that a manufacturing problem had affected a ‘small amount’ of iPhone 6 devices.  Maybe Teckfire was just unlucky, after all?

Geekbench developer John Poole decided to test Teckfire’s findings on an iPhone 6S.  On iOS 10.2.0, the iPhone 6S didn’t exhibit deliberate throttling behavior.  Yet, once the device was upgraded to iOS 10.2.1, Poole found the same results that TeckFire had seen.

Apple may have deliberately throttled older devices.  This also appeared on iOS 11.2.0.

The finding forced Apple to respond to the growing controversy.  In a statement to Ars Technica, a company spokesperson admitted that yes, the company did slow down older devices.  However, it had only done so to prevent older devices from shutting down unexpectedly.

“With iOS 10.2.1, Apple made improvements to reduce occurrences of unexpected shutdowns that a small number of users were experiencing with their iPhone.  iOS 10.2.1 already has over 50% of active iOS devices upgraded, and the diagnostic data we’ve received from upgraders shows that, for this small percentage of users experiencing the issue, we’re seeing a more than 80% reduction in iPhone 6s and over 70% reduction on iPhone 6 of devices unexpectedly shutting down.”

It seems that the statement didn’t work out as well as the company had hoped.  After confirming deliberate iPhone throttling, Apple now faces two class-action lawsuits.  Those lawsuits could impact tens of millions of older iPhone users, with damages easily crossing into the hundreds of millions for the class.

Yesterday, two Los Angeles residents filed a class-action lawsuit against the Cupertino-based company with the US District Court of Central California.

Stefan Bogdavich and Dakota Spears accused Apple of slowing down older iPhones with the release of newer models.

“Defendant breached the implied contracts it made with Plaintiffs and Class Members by purposefully slowing down older iPhone models when new models come out and by failing to properly disclose that at the time of that the parties entered into an agreement.”

Bogdavich and Spears claimed that they have owned the iPhone 7, and older models, as well.  They both noticed that “older iPhone models slow down when new models come out.”  In the lawsuit, both claimed that they didn’t consent to have Apple “slow down their devices.”

They also couldn’t “choose whether they preferred to have their iPhones slower than normal.”  Both added that they have “suffered interferences to their iPhone usage due to the intentional slowdowns.”  Because of Apple’s deliberate iPhone throttling, they would struggle economically.  They have suffered, and demand compensation.

Bogdavich and Spears have sought California and nationwide class action certification.  This would cover every person in the US who has owned an iPhone older than the latest 8, 8Plus, and X.

According to the Chicago Sun-Times, the five claim that Apple has engaged in “deceptive, immoral, and unethical practices.”  The Cupertino-based company has allegedly violated consumer protection laws.  They own models ranging from the iPhone 5 to the 7.

Accordingly, the plaintiffs stated that iOS updates “were engineered to purposefully slow down or ‘throttle down’ the performance speeds.”  This primarily affected the iPhone 5, 6, and 7 series.

In a statement to the Sun-Times, attorney James Vlahakis said that the Cupertino-based company had violated consumers’ loyalty.

“Corporations have to realize that people are sophisticated and that when people spend their hard-earned dollars on a product they expect it to perform as expected.  Instead, Apple appears to have obscured and concealed why older phones were slowing down.”

The suit states that the company “needlessly subjects consumers to purchasing newer and more expensive iPhones… A replacement battery could have allowed consumers to continue to use their older iPhones.”

The plaintiffs have sought an unspecified amount of damages.

Apple has yet to comment on either lawsuit — though they do have pretty good lawyers.