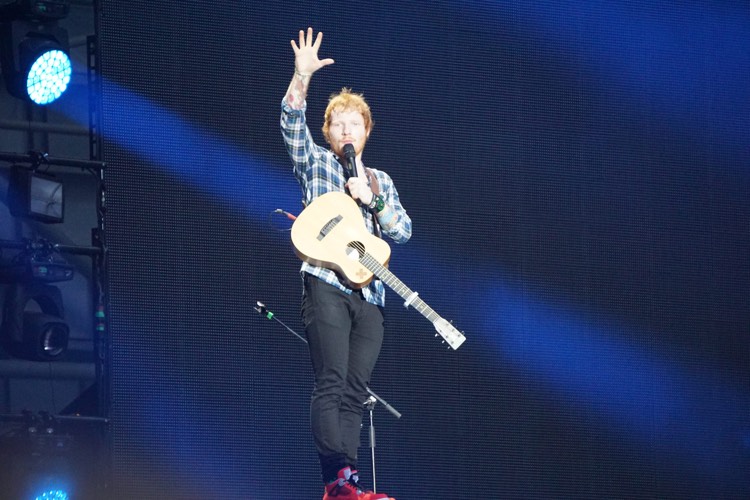 Two Aussie songwriters have filed a lawsuit against Ed Sheeran and his co-writers for “blatant copying” their 2014 song.

If Lana Del Rey vs. Radiohead vs. The Hollies didn’t provide a clear-enough omen earlier this month, now we absolutely know.  2018 is the year of copyright battles and we’ll be getting two big ones every month at this rate.

Ed Sheeran is no doubt a great singer.   But alas, he may not be the ‘superstar songwriter’ he has always been revered as.  2014 saw the ginger-haired Englishman release two mega-hits, ‘Photograph’ and ‘Thinking Out Loud’, two songs he co-wrote with Johnny McDaid and Amy Wadge.  The songs were both hit by plagiarism lawsuits in 2016 with Sheeran having to settle a $25 million lawsuit for ‘Photograph’.

This time he’s not the singer.   But Ed Sheeran, along with country music’s power couple Faith Hill and Tim McGraw, have been named in a lawsuit for copying a 2014 song performed by Australian singer Jasmine Rae.  The allegation is that the 2017 hit ‘The Rest Of Our Life,’ a soulful duet by Hill and McGraw and co-written by Sheeran, is a rip-off of Rae’s ‘When I Found You’.

The lawsuit, filed by ‘When I Found You’ co-writers Sean Carey and Beau Golden on Wednesday, unsurprisingly also names Sheeran’s colleagues McDaid and Wadge, with whom the chart-topper wrote ‘The Rest Of Our Life’.  The other predictable but intriguing facet to the plot is that the plaintiffs will be represented by Richard Busch, the same lawyer who faced-off against Sheeran for the ‘Photograph’ lawsuit.  Busch also famously won Marvin Gaye’s family $7.5 million in the 2015 ‘Blurred Lines’ lawsuit.

(Quick note: DMN will have a special guest post by Busch coming up — stay tuned.)

Carey and Golden allege that the “copying” by Sheran and Co. “is in many instances, verbatim, note-for-note copying of original elements of the Song, and is obvious to the ordinary observer.”

+ Ed Sheeran: ‘Illegal File Sharing Is What Made Me”

In the ‘Photograph’ lawsuit, Sheeran was accused of having lifted 39 notes — representing 70% of the chorus — from the works of The X Factor graduate Matt Cardle.  How many notes (if any) have been lifted this time we don’t know yet.  But the similarity between the songs is quite discernible.

Here is ‘The Rest Of Our Life’:

And here’s When I Found You:

A creative YouTuber has gone one step further and layered the songs onto one another. Here is where even the most “ordinary observer” should be able to hear the similarity:

There’s also the lyrics to consider. Both are romantic songs discussing the safety that lovers find in each other’s arms and in marriage. That said, songs sounding (or reading) similar does not necessarily mean plagiarism.

The plaintiffs seek $6.3 million in damages, a running royalty and indemnification for attorney’s fees and costs. No comment so far from Sheeran and crew.