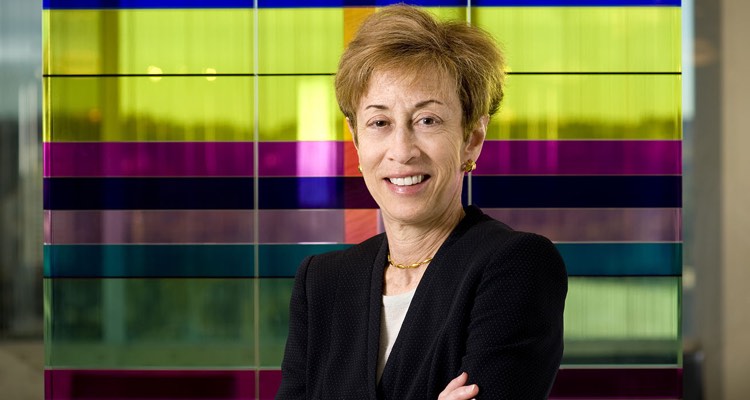 Charlie Walk is now going the legal bulldog route.  But of all the bulldogs one could choose, why this one?

According to details surfacing this afternoon, Walk has contracted Harvey Weinstein’s high-powered attorney to mop up the mess.  Enter Patty Glaser, who obviously knows a thing or three about #MeToo defense strategies.  That suggests a scorched earth defense strategy, though it’s unclear if Walk is making the soberest of decisions right now.

Glaser is a partner at Glaser Weil Fink Howard Avchen & Shapiro LLP, based in Los Angeles.

Walk’s legal counterattack comes amidst a swirling crisis.  Less than 48 hours after a bombshell accusation from former staffer Tristan Coopersmith, Walk has been suspended by Universal Music Group and its storied sub-unit, Republic Group.  Walk is/was president of the label group, though he’s now stuck on the sidelines while UMG lawyers conduct an ‘internal investigation’.

Shortly thereafter, Walk abstained from the final episode of ‘The Four’.  Fox hasn’t canned Walk or issued any statements, though the voluntarily absence suggests trouble ahead.

Now, expect both UMG and Fox to carefully consider their next moves, especially as they relate to suspensions, terminations, or anything in-between.  One misstep, and either may be looking at outrageous golden parachute payments.

Meanwhile, accuser Tristan Coopersmith is doubling down on her accusations.  Walk initially branded Coopersmith a liar, calling her open letter ‘untrue’ and ‘false’.  He also defended himself against any/all accusations of sexual abuse and assault, of which multiple have surfaced.

Coopersmith calmly responded to the blowback, relaying a feeling of empowerment and inspiration after the Weinstein meltdown.

Now, that inspiration is coming full circle, with Coopersmith now likely to face the dethroned Weinstein himself — or, at least his bulldog lawyer.

Actually, UMG’s investigation has already been outsourced to Collazo Florentino & Keil LLP, according to details tipped by Billboard.  We’re not sure if Coopersmith is lawyering up as well, but — that’s a lot of billable hours.

Hey, maybe somebody will finally get to pay off a law school loan.

Accordingly, we’re expecting both firms to pounce on Coopersmith’s accusations, line-by-line.  That includes this mention of a cash payout issued by Walk in exchange for Coopersmith’s silence.  According to Coopersmith, that hush money was transferred by an intermediary, ostensibly an employee of Columbia Records (where the alleged sexual abuse occurred).  Now, 13 years later, it’s time to subpoena those Chase accounts.

Also of interest: any and all communications between the two individuals, including emails, call logs, and even text messages (to the extent they existed back then).  Coopersmith also claims that Walk pushed her onto a bed at his ‘swank apartment’ during a party he hosted — but is there any way to verify that?  Other alleged situations included late-night dinners where Coopersmith was an esteemed guest — of which there must have been witnesses.

Those and other questions are undoubtedly in play, with Coopersmith herself now the focus of a potentially serious lawsuit.