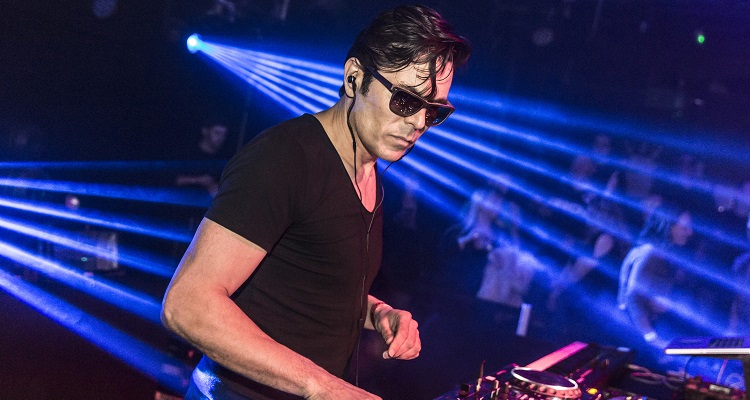 Has EDM producer/artist Matt Darey done the impossible in creating a truly immersive experience for headphones?  Or has he just produced just another hyped-up EDM track?  Either way, we might be looking at a new phase of electronic music.

EDM producer/artist Matt Darey claims to have done what some in the music industry have considered ‘the impossible.’

Following the release of Wolf, an immersive audio album written and produced in 7.1.4 3D audio, he recreated the same experience for headphones.  Darey says he’s created a mix of ‘LFO I Can’t Help Myself’ featuring Billie Fountain with object-oriented audio.

This technology, originally used for the movie industry, allows music producers to move sound freely in a 3D space.  According to a press release, this will “open new doors of creativity” for the producer.  Darey and other DJs will no longer remain “confined to just left and right channels.”

In a statement, the EDM producer said,

“You really need to listen to understand the difference between this and any ‘spacial audio’ you may have heard before.  This is an offshoot of the technology I’ve been using to write and produce my latest album.  The main synth riff in the track, ‘LFO – I Can’t Help Myself’ moves freely in the space around your head.”

He added that the technology will add another much-needed dimension to music production.

“The dubstep generation of producers will go nuts for this, throwing sounds all over your headspace…  It opens so many doors of creativity in other genres, allowing a more subtle sense of space.”

Putting Darey’s claims to the test, I streamed ‘LFO’ on SoundCloud using a link provided by the EDM producer.  When first streaming the song, you’ll find that he employs both left and right channels to send varying beats.  The synth riff, as he claims, moves around both audio channels on headphones to create an engaging experience.  While not an audio buff nor an EDM fan personally, ‘LFO’ manages to create a somewhat different sound.

Yet, I never experienced the truly ‘unique’ nor ‘immersive’ audio experience that he clearly hypes up.  Of course, as Darey states, the ‘experience’ will only work on headphones.  Streaming it on a computer speaker, for example, you won’t notice any changes at all.  Stereo speakers, however, may reproduce the ‘headphone’ sound that Darey claims.  Overall, while I enjoyed the track on my headphones, I never felt blown away.

According to the press release, though, Darey has created a truly revolutionary technology.  He has allegedly “given a taste of what to expect from the music listening experience” in the near future.

Perhaps that’s a claim better saved for the future.  But the experiment could be part of a broader shift towards more immersive, 3D audio experiences.  All it takes is the right breakthrough.

You can put Darey’s claims to the test yourself on SoundCloud here.