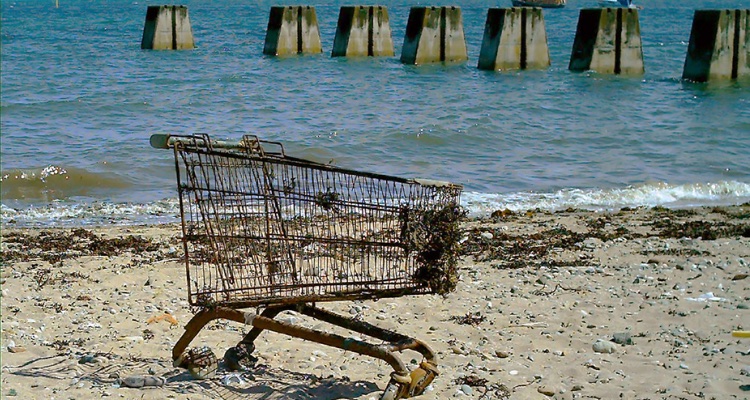 Fyre Festival was billed as the most extravagant and star-studded music festival of 2017.  That didn’t quite happen — and now there’s hell to pay. $26 million worth.

The opulent Fyre Festival was scheduled to take place on the Bahamian island of Great Exuma.  Over two weekends in April and May of 2017, the musical hedonism was geared towards upscale, younger fans.

+ Greetings from Fyre Festival In the Bahamas (Wish You Were Here)!

Fyre turned out to be 100% sizzle, with 0% steak.  And literally, nothing to eat beyond basic scraps.

Security, food, and basic accommodations were totally missing.  Accommodations were makeshift tents instead of luxurious villas.  Event attendees were being served with prepackaged white bread sandwiches instead of gourmet meals.  Feral dogs and trash littered the exotic getaway, while attendees waited hours trying to return.  This after paying thousands of dollars for admission.

Sadly, the “Coachella in the Caribbean” became the biggest scam of the year.

Fyre Festival organizer Billy McFarland has now pled guilty to fraud and accepted a plea deal with the U.S Attorney General’s office.  Ahead of the weekend, he’s also been forced to pay back $26 million in damages to bilked investors.

McFarland was the festival’s main organizer.  Last week, McFarland admitted to defrauding a ticket broker and 80 investors via his company, Fyre Media. Using falsified documents to trick investors into a $26 million scheme, the dubious ringleader effectively leveraged a massive disaster.

Last week, McFarland accepted a plea deal with U.S. Attorney’s Office for the Southern District of New York.  Sentencing is slated for late June, with McFarland facing serious prison time.  One estimate places McFarland on the inside for ten years or more, depending on the determination of the U.S. Attorney’s Office (we’ve actually heard that a 40-year sentence is also possible).

McFarland has also pleaded guilty to duping an unnamed ticket broker into paying $2 million for a block of advance tickets for future Fyre Festivals.  And that was just one of several fraudulent mishaps.  Now, Billboard reports that McFarland has agreed to pay $26 million to defrauded investors after a harsh ruling in Manhattan District Court — though it’s unclear where he’s getting that cash.

Fyre has been hit with a raft of lawsuits, with the LLC forced into Chapter 7 bankruptcy.

“My intention and effort were directed to organizing a legitimate festival,” McFarland reportedly stated.   “In an attempt to raise what I thought were needed funds, I lied to investors about various aspects of Fyre Media and my personal finances.”