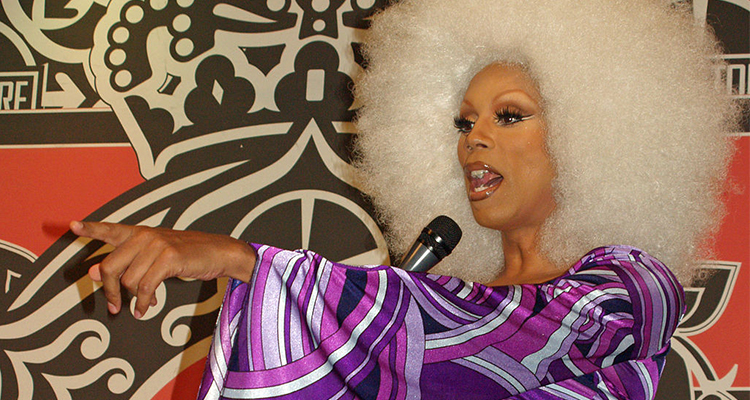 Copyright infringement cases are running rampant.  The latest comes from Azealia Banks, who is accusing RuPaul of ripping off her work.

What’s with all of the copyright infringement cases lately?  Miley Cyrus recently faced a $300 million lawsuit over a single lyric.  Jessica Simpson had a case because of a photograph on Instagram.  And now, crazed “Anna Wintour” rapper Azealia Banks is claiming that RuPaul’s track, “Call Me Mother,” infringed her “The Big Big Beat.”

As per Spotify’s policy, RuPaul’s track has been removed until the courts have decided on the matter.  Additionally, Banks went the extra step and had RuPaul’s entire American album removed from the platform.  She’s also working on having it removed from iTunes, Apple Music, and Pandora.

Personally, I think this lawsuit is a big big false claim, as the songs are quite different.  I’ll highlight a couple of the reasons below.

Copyright infringement is a gray area for a lot of people, but Alexander Fleisher, an entertainment attorney, highlighted five of the main confusions with copyright.  For something to be copyrightable, it must be in a tangible form.  So, for example, you can’t copyright an idea because it’s not in a tangible form.

In music, there are two copyrights: one for the musical work (the notes and lyrics) and another for the sound recording itself. “Musical works refer to the underlying song itself,” Fleisher clarifies. “So, for example, a musical work is what you would see on sheet music. This includes both the music and the lyrics.”

So, how did RuPaul’s ‘Call Me Mother’ infringe Banks’ ‘The Big Big Beat’?

As a musician with a degree in music production, “The Big Big Beat” has the common four-on-the-floor beat. The percussion selection is somewhat similar in sonic tonality, but the rhythms are different.  The bass line, which was one of the deciding factors in the Robin Thicke vs. Marvin Gaye Estate case, is in a different key and has a contrasting rhythm.

Additionally, the vocal melodies and rhythms vary greatly.  To an untrained ear, though, they do sound similar.  But what exactly is Banks claiming infringement for?

Turns out RuPaul and Azealia Banks have some animosity towards each other.

In one of Banks’ infamous tweet storms, the rapper went off on RuPaul:

“You will not step on my little black girl toes bitch.  You will take your razor bumps and pumps to the nearest laser hair removal clinic and seethe. @RuPaul BYE UGLY.”

She goes on to add,

“Where was that energy when you were stealing my work and using me as inspiration for your campy ass television show?” “

I’m disappointed in him first and foremost as a black person.  He was supposed to have my back…  But he went with popular white gay sentiment and felt like I was disposable enough to steal from and discard. Fuck him.”

What do you think? Did RuPaul rip off Banks’ track?