Police Make an Arrest in the XXXTentacion Murder Case 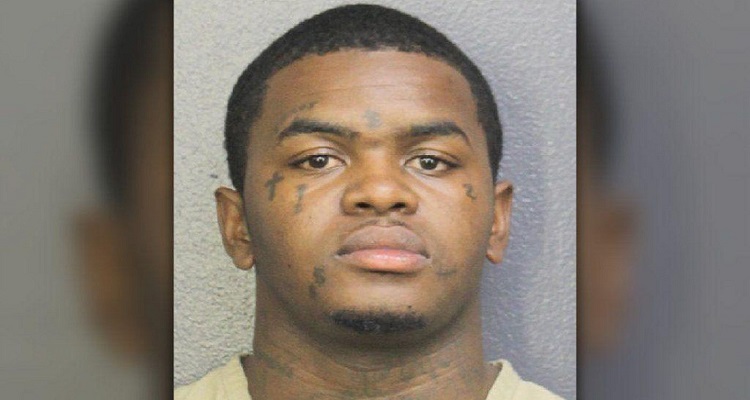 Despite the arrest, it remains unclear why the suspect would have killed XXXTentacion.

Authorities in Florida have made an arrest in connection with the death of rapper XXXTentacion.

Homicide detectives arrested Pompano Beach resident Dedrick Devonshay Williams, 22, shortly before 7 pm on Wednesday evening.  Charges against Williams include first-degree murder, a probation violation for theft of a car, and driving without a valid license.

Earlier reports had connected XXXTentacion rivals Soldier Kidd and Soldier Jojo to the fatal shooting.  Prior to the shooting, both had uploaded an image featuring a red mask.  An initial police investigation reportedly confirmed that two black males shot the rapper.  One wore a red mask.  After denying any connection to the murder, Soldier Kidd suspiciously deleted his Instagram account.

According to the Associated Press, Williams, 22, remains in Broward County jail, held without bail.  The Broward County Sheriff’s Office confirmed the arrest, but didn’t give a motive.  Investigators had previously stated that the shooting was likely a botched robbery attempt.  In fact, this murder may have nothing to do with any beef or vendetta.

Police don’t yet know if Willams has a connection to rappers Kidd and Jojo.  Both rappers ate at a nearby restaurant and drove a similarly dark SUV ten minutes before the shooting.  A now-deleted video featuring the vehicle prominently displayed a gun inside.

It also remains unclear whether police will continue searching for a second suspect.

Onfroy’s attorney, David Bogenschutz, told investigators that prior to the shooting, the rapper visited a bank to withdraw cash.  He had planned to buy a motorcycle at Riva Motorsports.

Williams has a lengthy criminal record.  Previous charges include grand theft auto, domestic violence, cocaine possession, and possession of a firearm by a felon.  The Associated Press found that he likely hasn’t done any prison time.  Williams also doesn’t appear in the Florida Department of Corrections offender database.  Police had previously dropped several criminal charges against him.

XXXTentacion also had a growing criminal record.  After rising to fame on SoundCloud, authorities arrested the rapper on home invasion charges two years ago.  Then, a few weeks later, they sent him to jail on charges of brutally abusing his pregnant girlfriend.  Later charges included witness tampering.

Speaking with the Miami New Times, Onfroy described his troubled upbringing.  Friends, family, and babysitters raised the rapper.  His mother rarely visited Onfroy, causing him to use violence to engage with her.  This included beating other children at school just so she would talk with him.