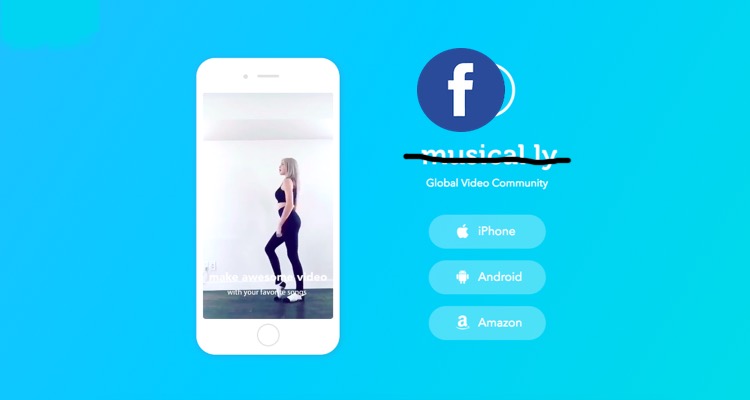 Facebook wants to deal the final blow to Musical.ly TikTok.  But will Zuckerberg’s empire end up the real loser here?

In an effort to turn its disastrous 2018 around, Facebook has introduced several ‘new’ features.  You’ve probably seen them before on other apps.

And, to one-up the competition, the social media platform will soon unveil Talent Show.  Users can pick a popular song, record their singing audition, and submit the video for review.  They’ll compete against other users on popular Pages.

Weekly active users (WAU) continue to fall.  The company, according to top creators, has ‘changed’ its values.  Major social media stars with millions of followers – Bart Baker, Alina, Shmateo, and Kristen Hancher – have all jumped ship.

One biggest issues is that Bytedance rebranded Musical.ly as TikTok in August.  The move helped to alienate its legion of users and top stars.

Now, sensing TikTok’s potential downfall, Facebook has gone in for the kill.

Corralling the competition with Lasso.

According to a Pew Research Center study published in June, only 51% of American teens use the platform.  Three years ago, that number stood at a strong 71%.

Then, a Piper Jeffrey survey revealed that only 5% of teens in the U.S. cite Facebook as their favorite social media platform.  36% now use the app, down from 61% two years ago.

So, to win back its teen audience, the company has started work on Lasso.

Users will reportedly record and share videos lip syncing or dancing to popular songs, just like its competitor.  Speaking with TechCrunch, former and current Facebook employees admitted the company has designed the app to compete against TikTok/Musical.ly.

“It’s basically TikTok/Musically.  It’s full-screen, built for teens, fun and funny and focused on creation.  A lot of what they’re doing is just trying to be cool.”

Brady Voss, Lead Product Designer at Facebook, has reportedly assembled the company’s Video and Watch teams to build the app.  He previously presented the Montage feature to Mark Zuckerberg at a 2016 hackathon.

The company first started checking out the ‘teen music app’ space two years ago.  Facebook backed off its own project once executives decided Musical.ly didn’t appear “as popular as it touted.”

However, the company revisited the project after securing licensing deals with major labels earlier this year.

Yet, once Facebook launches the app, it may face stiff competition.

According to TechCrunch, despite TikTok’s significant missteps, the app has enjoyed renewed popularity.  The app now ranks No. 5 on the App Store, up from No. 32.

Today’s news comes after the company revealed plans to expand its music features on the platform.  In addition to expanding Lip Sync Live to more countries, users can now add clips from popular songs onto photos and videos.  Soon, Facebook will allow users to post their favorite songs directly onto their profile.

But, one question remains.  Will Lasso and its new features really help Facebook win back the hearts of teens?  Or, is it Facebook, not TikTok/Musical.ly, that has gone off the deep end?