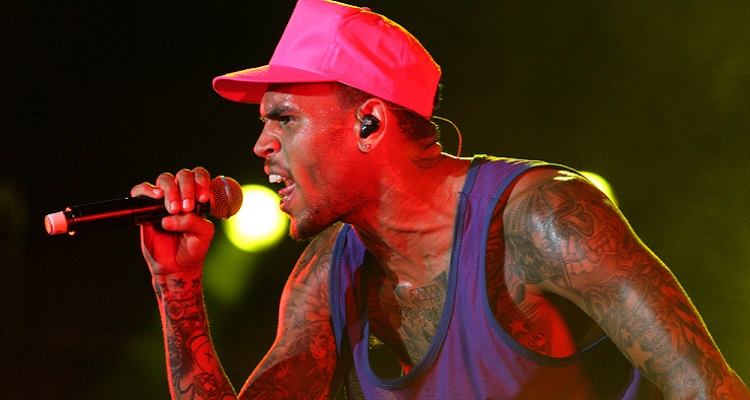 Chris Brown’s in trouble again, this time with Parisian police.

An unspecified male, for example, allegedly locked a woman in a room and forcibly raped her.  According to accusations, Brown then corralled multiple more into a bedroom and forced them to have sex with him.

Represented by feared woman’s rights attorney Gloria Allred, the women accused Brown, rapper Young Lo, and other co-conspirators of “coercing and forcing unwilling female guests to perform sexual acts for Defendants and others.”  He had supplied partygoers with ecstasy, cocaine, and marijuana.

A horrible night for a French woman in Paris.

Police officers in Paris have detained the singer on rape charges.  Authorities have also arrested two members of his personal team.

A 24-year-old woman has claimed Brown assaulted her at Le Crystal, a local club, after meeting her overnight on January 15th-16th.  Both went to the unnamed woman’s room at the Mandarin Oriental Hotel, where he allegedly raped her.

Brown has remained in custody on Monday and Tuesday while French police investigate the claims.  Police detained the singer on possible charges of aggravated rape and narcotics offenses.

His label, RCA Records, recently signed a new deal with the singer.  RCA hasn’t issued a comment over the matter.  Ironically, the label just dropped R. Kelly after years of sexual assault complaints.

Should authorities release Brown ‘with obligations,’ he may have to surrender his passport to French police.  The singer would also have to stay in Paris pending a trial, which reportedly takes up to a year.

A Parisian criminal defense lawyer told TMZ that should this happen, Brown would have to report to the police station every two weeks.

Investigators now have two days to file preliminary charges against the singer or let him go.

Three days after the alleged rape, photographers snapped photos of the singer at Le Cirque Club with a woman he’s dating.