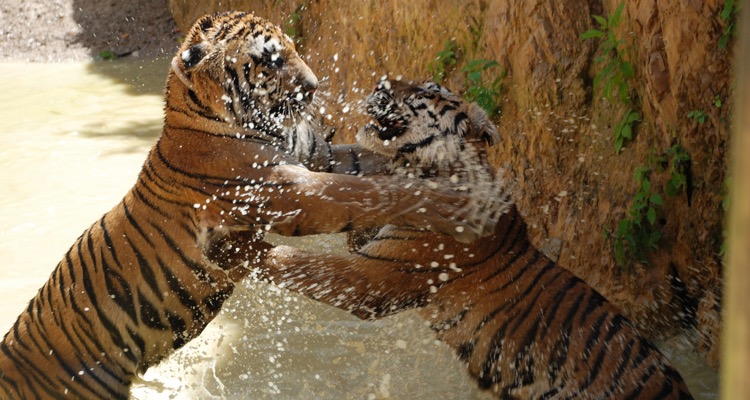 At the beginning of this year, and in a shocking ruling, notorious Russian stream-ripper FLVTO.biz soundly defeated the major labels – led by the RIAA – in a U.S. federal courtroom.

Industry observers had expected the RIAA – which represents Warner, Sony, and Universal Music – to coast through the lawsuit, thus establishing a serious legal precedent against YouTube stream-rippers in the United States and worldwide.

But his went far beyond a simple defeat.  Judge Hilton’s decision bars the case from being heard not only in Virginia, but in any other U.S. jurisdiction.

It was an embarrassing defeat against a cocksure legal team, one that seriously underestimated its opponent.

“We are thrilled to report that the Court today dismissed this action for lack of jurisdiction.”

As expected, the music industry swiftly appealed the decision.

Two months ago, the Big 3 labels – led once again by the RIAA – filed a notice of appeal.  Jenner & Block, the organization’s contracted legal team, had filed the appeal with the Fourth Circuit Court of Appeals.

The music industry had first filed its lawsuit against Tofig Kurbanov, owner of Russian-based sites FLVTO and 2conv.com, in August 2018.

“A very smart judge spent a lot of time considering the facts and the law and concluded that there was absolutely no reason why the court could exercise jurisdiction over Mr. Kurbanov.

“There is no reason to think that a panel of three smart judges will see it any differently.”

To successfully take on Kurbanov, the RIAA has now assigned at least four Jenner attorneys to the case – Ian Heath Gershengorn, Ishan K. Bhabha, Alison I. Stein, and Jonathan A. Langlinais.  That’s on top of the organization’s own staff and attorneys leading the appeals action.

“The district court’s decision gives carte blanche to Internet pirates to set up shop outside of the United States, safe in the knowledge that they are effectively immune from the reach of U.S. courts seeking to vindicate the rights of U.S. plaintiffs for violations of U.S. copyright law, even as they cater to U.S. users.”

In a statement conceding that the case will likely drag on, Cara Duckworth, the music organization’s Senior Vice President of Communications and Marketing, admitted that the legal battle will likely continue into early May 2020.

Yet, Kurbanov and his legal team vowed to continue the fight into the very end.

“If they prevail, we would appeal to the Supreme Court.”

First, the group notes that the lower court properly ruled that it lacked personal jurisdiction against Kurbanov, a Russian citizen and resident.  He has never visited the United States.  In addition, his websites remain freely available to users around the world – not just the U.S.

Second, the response noted that it remains constitutionally unreasonable to exercise personal jurisdiction over a foreign alien, regardless of whether an appeal is being filed or not.

Third, the group argued that the lower court had properly denied jurisdictional discovery.  The plaintiffs (i.e., the RIAA) had only requested discovery without presenting evidence or an argument on why said discovery was useful.  In addition, the RIAA conceded such discovery wasn’t actually necessary in a footnote.

First, the Fourth Circuit Court has already made clear the burden remains on plaintiffs to prove personal jurisdiction “by a preponderance of the evidence.”

The RIAA has simply failed to make said evidence available.  After all, the major organization forfeited jurisdictional discovery in the initial case in a footnote.

Second, Judge Hilton had properly dismissed the music industry’s complaint about a lack of personal jurisdiction against Kurbanov.

The website owner doesn’t have sufficient ‘minimum contacts’ in the United States, it was further noted.  The minimum contacts test places the burden on the RIAA to demonstrate that Kurbanov purposefully directed his activities solely to users in the U.S.

In addition, the organization would would also have to prove that the industry’s ‘cause of action’ – i.e., the initial lawsuit – arose out of these activities.

Simply put, the RIAA has failed to do so.  So, the appeals court must affirm Judge Hilton’s ruling, according to the counter filing.  Holding personal jurisdiction over Kurbanov doesn’t remain constitutionally permissible in Virginia nor in any part of the United States.

You can view the entire response brief below.