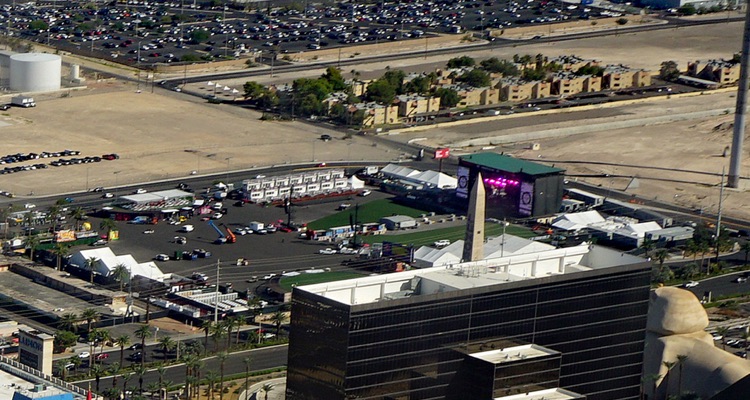 The festival grounds were the site of the deadly Route 91 mass shooting in 2017.  Part of the conversion plan includes a parking compound for the new stadium being built for the NFL’s Oakland Raiders, who are shifting to Las Vegas in 2020.  MGM also announced it will create a space on the property to remember the victims of the mass shooting.

MGM released a statement with the plans for the festival grounds.

“[The festival grounds] will forever be linked to the tragic loss of life that took place there. We will never forget the victims, and all of those impacted by that evening.”

MGM Resorts owns the Route 91 Festival grounds and the Mandalay Bay casino where the gunman opened fire. He opened fire on a festival crowd of 22,000 and killed 58 people in the deadliest shooting in the U.S. so far.

MGM has not revealed a timeline for the conversion, but they are discussing locations for various projects. The company says the athletic and community center will be on the north end of the property.  MGM hopes to host high school basketball tournaments and soccer games for kids.

Plans for the space were intentionally designed to give back to the community in some way. Until the new community center is built, the space will serve as parking for games and concerts.

A new $1.9 billion stadium is being built next door for the Raiders, who are moving to Las Vegas next year pending completion of the stadium.

Many survivors of the shooting reacted negatively to the announcement.  One woman who survived the shooting said the thought of parking her car there was too much.  She said she is continually reliving herself running out of the parking lot, through gate four.

Shooting survivors have stated they would rather see the site be a memorial to those who lost their lives.