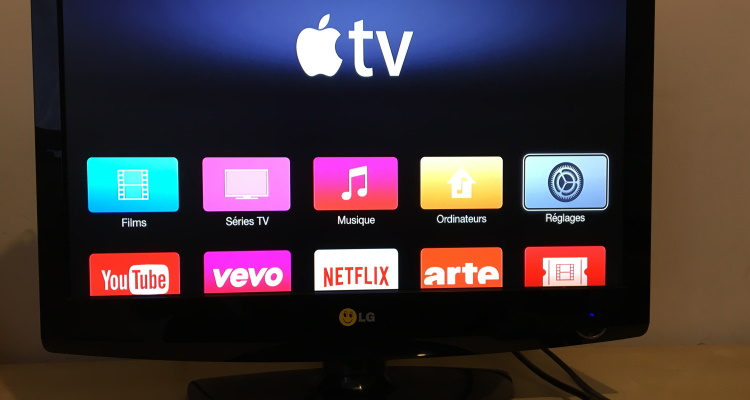 The Amazon Music integration is available in 13 countries including the US, UK, Australia, and Canada. Users can pair their app through their browser to listen to Prime Music or Music Unlimited.

Apple TV can access all purchased and imported music ⁠— and synced lyrics.

Amazon says the new app exists because “listeners should be able to stream music on any device they choose.” That’s a reasonable assumption, but not one many executives have been on board with until recently.

Amazon had a dust-up with Google last year when Google removed YouTube access from FireTV. Google says they pulled the access because the app was unauthorized. But broader complaints suggest Google was taking an anti-competitive stance.

YouTube is back on FireTV devices, but Amazon made some concessions for that to happen. Before that corporate feather ruffle, Amazon refused to sell competing products like the Chromecast and Chromecast Ultra.  Now, both are listed alongside Amazon’s own FireTV products on Amazon’s storefront.

It took Google and Amazon nearly a year-and-a-half to work through their differences.  In the meantime, Spotify has been accusing Apple of being anti-competitive by taking 30% of all in-app purchases.  Apple has roundly denied any unfair behavior, though they’ve also been opening access to competitors as government scrutiny intensifies.

Meanwhile, Apple is opening more aspects of Siri in iOS 13 to combat allegations of monopolizing its digital assistant.  This rollout for Apple TV is another move on that chessboard.

But whether those people who are already embedded in the Apple ecosystem are interested in another music service is another question entirely.