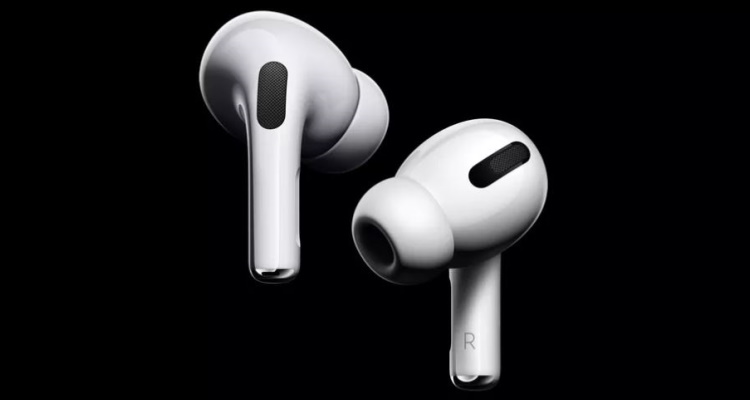 Apple has revealed the long-rumored AirPods Pro today. These premium earbuds feature active noise cancellation and are now up for pre-order.

Long-standing rumors suggested Apple would host an end of October hardware event. However, the AirPods Pro were revealed via a relatively benign press release. A pre-order page for the new earbuds popped up just a few minutes later.

Despite rumors that the AirPods Pro would be available in many different colors ⁠— they’re only in white at launch.

The new AirPods Pro feature built-in microphones to detect external sound. The noise cancellation system is the same one that powers the Beats Solo Pro headphones.

The noise cancellation technology has been miniaturized for the smaller form factor. Apple says the earbuds’ noise cancellation is adjusted up to 200 times per second. They also feature a transparency mode for when you need to hear your surroundings.

Another new feature Apple is touting is called ‘Adaptive EQ,’ which automatically tunes music to the shape of your ear. AirPods Pro comes with flexible ear tips for a more secure fit. Three sizes of tips are included in the box. There’s an app you can use to tell if you’ve chosen the right size tip.

Apple still hasn’t moved over to the more-universal USB-C with AirPods Pro, either. But they did see fit to include a lightning-to-USB-C cable in the box. (Yet something else you can buy a replacement for six months down the road, right?)