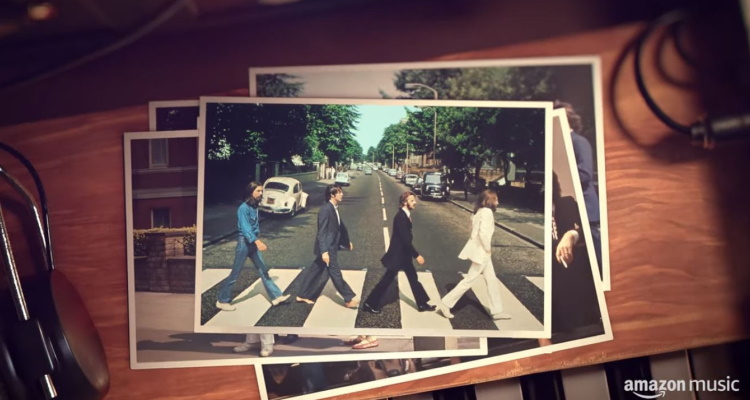 Amazon Music has revealed its first TV ad for its new Amazon Music HD service. The ad also celebrates the 50th anniversary of the release of Abbey Road.

The new ad commemorates the 50th anniversary of The Beatles album, Abbey Road. The iconic song “Come Together” plays for the duration of the Amazon Music advertisement. You can check out the 30-second spot below.

The campaign will run on television, theaters, and online across the United States. Amazon Music HD first debuted back in September ⁠— already, The Beatles are one of the top five most-streamed artists globally in the HD tier.

Amazon says they consulted with several Beatles experts to make sure all details were historically accurate. The video features each instrument The Beatles used to record “Come Together” at Abbey Road Studios ⁠— including the band’s Neumann U48 microphone.

The colors, textures, and details in the video were drawn from photos taken by Linda McCartney. Amazon’s new dedication to HD music undercuts the competition. Amazon Music HD is cheaper than both Tidal and Deezer’s Hi-Fi plans.

Spotify tested lossless audio in select markets and found that there’s no mass appeal to the feature. Apple is flirting with its own AAC format but has stopped short of a full-on lossless commitment.

Amazon partnered with Neil Young to help promote its HD music service but didn’t shoot a full commercial. In an interview with Amazon, Young laughs and says, “I’ve just been rooting for this to happen for about thirty years. What Amazon has done is gonna make it so there’s a resurgence of quality.”