Paul Rosenberg Stepping Down as Chairman/CEO of Def Jam 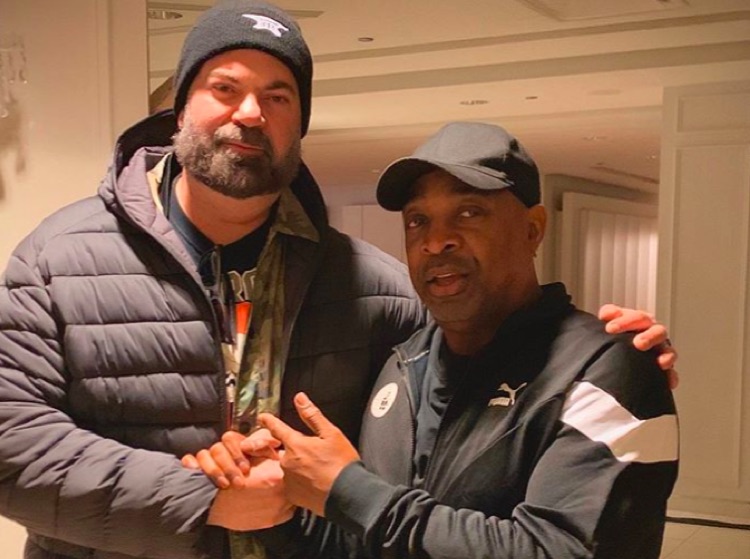 Paul Rosenberg is exiting his role as chairman and CEO of Def Jam Records.

Multiple sources leaked the news of Rosenberg’s departure today (Friday), which, at the time of this piece’s writing, had not been confirmed by Def Jam, its parent company, Universal Music Group (UMG), or Paul Rosenberg himself.  Rosenberg was appointed Chairman & CEO by Def Jam in 2017, but he officially assumed his positions in January of 2018.

Subsequent details on the departure emerged over the weekend.  Aside from leading Def Jam, Rosenberg is known for his long-standing professional relationship with Eminem (which began in 1997) and his management company, Goliath Artists.  Rosenberg has long been the CEO of Goliath Artists, which manages Eminem, Three 6 Mafia, Blink-182, and a variety of other well-known artists. Rosenberg is now expected to focus on Goliath via a UMG joint venture relationship, while still consulting on Def Jam projects.

Rosenberg co-founded Eminem’s label, Shady Records, and the two have served as co-presidents since 1999.

Def Jam Records was founded in 1984 by Rick Rubin and Russell Simmons.

Earlier this month, it was reported that HBO had secured the rights to a documentary about Simmons’s alleged sexual crimes. Multiple women have accused Simmons of rape, and the 62-year-old has liquidated his American assets and relocated to Bali, Indonesia, which does not have an extradition treaty with the United States.

The strength of Def Jam’s roster is without question; Kanye West, Justin Bieber, Logic, and DMX, among many others, are currently signed to the label. During Rosenberg’s brief tenure, West and Logic each released two number-one records: Kanye’s Ye and Jesus is King and Logic’s YSIV and Confessions of a Dangerous Mind.

In 2016, Rosenberg co-created a Vice television show, That’s Delicious, with rapper and former chef Action Bronson. The program has been renewed for a fourth season, which is expected to air sometime in 2020.

Eminem’s most recent album, Music to be Murdered By, was released last month. And on February 9th, the 47-year-old performed one of his most popular tracks, “Lose Yourself,” at the Oscars.