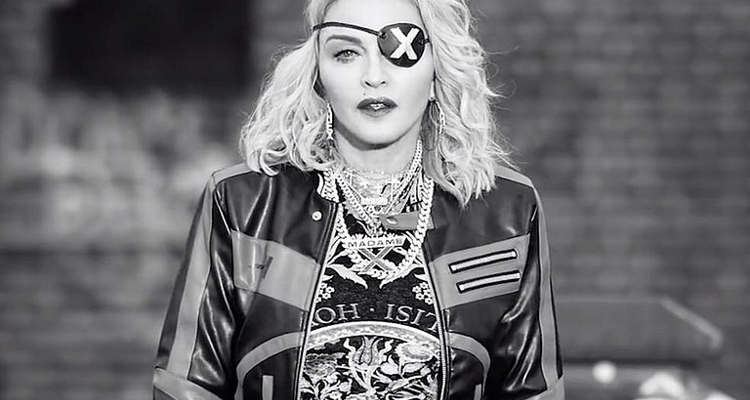 Madonna cancels another performance in Paris after suffering a fall – should she cancel the whole tour?

The ‘Madame X Tour’ has suffered several setbacks after Madonna repeatedly injured herself. The singer now walks with a cane and undergoes six hours of therapy – three before and three after each show.

“Here I am – Flesh and blood,” the singer wrote. “If only knees didn’t twist and cartilage didn’t tear, and nothing hurt, and tears never fell out of our eyes. I fell two nights ago on stage when a chair was literally pulled out from underneath me by mistake, and I landed on the floor on my tail bone.”

“I made it through the show last night, but just barely because I hate disappointing,” she continued. “Even I can see that this broken doll held together with tape and glue needs to stay in bed and rest for a few days so she can finish the tour with a smile on her face and in one piece. Thank you for your understanding, Paris!” she finished.

Madonna is on the last leg of her ‘Madame X Tour’ with a handful more dates in Paris. The tour wraps up on March 11, with six more Paris dates.

Madonna has two appearances back-to-back on March 3 & 4 – something she has complained about in the past. Since the start of the tour last September, she has pulled out of 13 scheduled performances due to injury. Some production issues in New York and Los Angeles mean the tour has 15 show cancellations.

She canceled three appearances in Boston due to what she called “overwhelming pain.” She also canceled two performances in London in January due to injuries from performing.

Maybe it’s time to cancel the rest of the tour, Madonna?