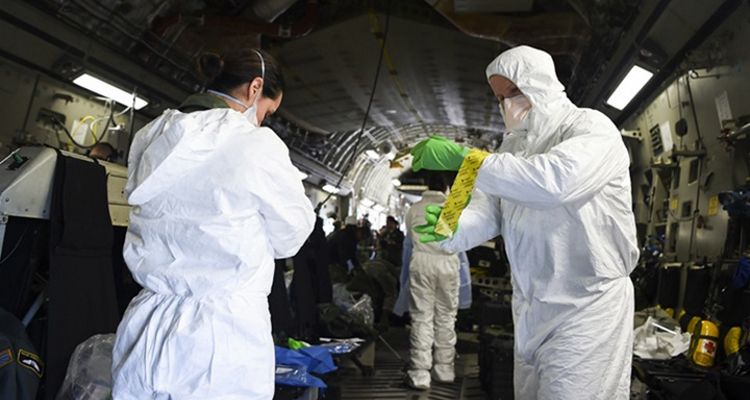 The Mariah Carey concert in Honolulu next week is officially off, amid coronavirus concerns. Are more cancellations incoming?

Carey took to Twitter yesterday to make the announcement. She says the travel restrictions for coronavirus are the main reason why she is suspending the concert.

“Aloha, Hawaii!! I’m so so sad to have to announce that I am postponing my show until November,” she tweeted. “I was so excited to come back to Hawaii on my ‘anniversary month,’ but evolving international travel restrictions force us to consider everyone’s safety and well-being.”

The show’s new date is happening on November 28th at the Neal Blaisdell Center. It will be a Christmas concert, likely to celebrate Carey’s domination of the charts during that period. Current ticket holders won’t need to exchange their tickets.

This Mariah Carey Honolulu concert is just one of several events on the chopping block in Hawaii.

On Tuesday, organizers announced the Honolulu Festival would not be going forward this year. FESTPAC – a music festival in Honolulu that attracts over 90,000 people – is suspended this year.

As travel restrictions continue to expand, we could see even more concert cancellations. SXSW has already had several event organizers pull out, but the broader festival will go on, despite concerns. The Game Developer’s Conference in San Francisco was officially postponed after exhibitors began pulling out. Google I/O is suspending the event and will be telecast this year, while changes to Apple’s WWDC are in discussion.

Just two days ago, the United States expanded travel restrictions and travel advisories. Travel to and from Iran is no longer possible while the pandemic is underway. The US also increased its travel advisory for Italy and South Korea to level 4, advising Americans not to travel.

Health and Human Services Secretary Alex Azar says limiting travel from impacted countries may help. Controlling the spread of coronavirus by canceling large events is just one measure to prevent the spread. Some countries like Japan are shutting down schools and workplaces, telling children and their parents to stay at home.