And Another One: Bonnaroo Music & Arts Festival Postponed to September 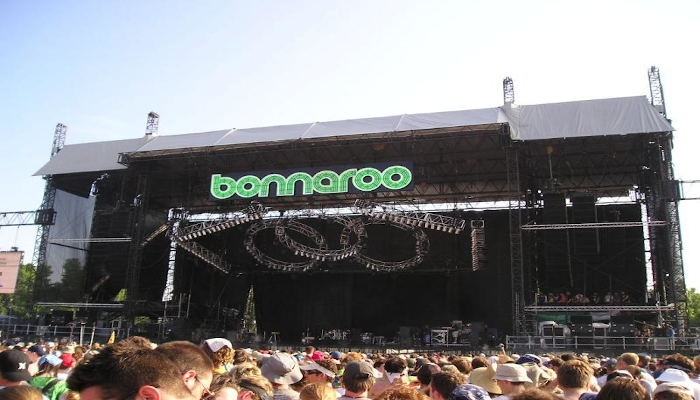 Bonnaroo is the latest music festival to be postponed in response to the coronavirus (COVID-19) pandemic.

According to a statement published on the four-day event’s official website and on social media, Bonnaroo 2020 has been delayed until September 24th “out of an abundance of caution” and in the interest of performers, staff, and attendees.

Earlier today, Jazz Fest and Glastonbury were postponed and cancelled, respectively, due to coronavirus concerns. Bonnaroo ticketholders, like those who’ve purchased tickets to the other mentioned festivals, will see their passes honored during the rescheduled event. To be sure, Bonnaroo’s statement made no mention of possible refunds—to the chagrin of some social media users.

The weekend following September 24th (the day itself is a Thursday) is quickly becoming populated by concerts and music festivals. Idaho’s Treefort, California’s Ohana, Ohio’s Lost Lands, and Kentucky’s Burbon and Beyond, among others, have also laid claim to the date and/or the succeeding weekend. Bonnaroo typically attracts close to 70,000 guests, and each of the listed annual festivals have garnered between 20,000 and 90,000 attendees in recent years.

In a testament to the concern over Bonnaroo’s new schedule (and especially its overlapping with Lost Lands), a newly created petition is calling for the music festival to adopt different dates yet. At the time of this piece’s writing, nearly 200 conflicted fans had pledged their support to the cause.

Miley Cyrus, Lana Del Rey, Tool, Lizzo, Tame Impala, and other well-known artists have been booked to perform at Bonnaroo 2020, but it’s unclear if the Tennessee event’s updated timetable will prompt withdrawals.

Coachella, another extremely popular music festival, has been delayed until October 9th. Lollapalooza Chicago is tentatively scheduled to initiate on July 30th, though this long-held date may well change depending upon the coming months’ coronavirus developments.