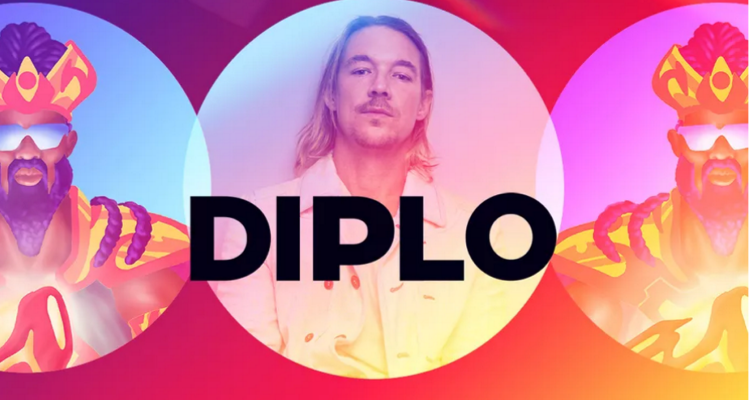 Fortnite’s new no weapons “Party Royale” mode launched on Wednesday, with a Diplo set on Friday.

The new violence-free mode removes weapons and building and introduces a much smaller map. Epic says the new mode is “an experimental and evolving space.” With Travis Scott’s Astronomical tour behind them, are more virtual concerts incoming?

DJ and producer Diplo performed a live Major Lazer set on Friday in the new Fortnite Party Royale mode. Actor Jordan Fisher made appearances both before and after the show. That concert was held on a big festival-like main stage on the east part of the island.

And the best part: attendees didn’t have to worry about defending themselves while enjoying the show. Epic held rebroadcasts of the event on Saturday.

The new Fortnite Party Royale mode cements its future as a place where gaming and music intersect.

While many may write off in-game concerts as something worthless, they’re gaining popularity. The Astronomical tour is a trippy experience that a live show couldn’t offer. A giant Travis Scott traversed the map, singing and transforming the world around him. You’d need drugs to experience that at a real-life Travis Scott concert.

Expect these Fortnite Party Royale concerts and music partnerships to get even grander.

Fighting each other in the game is no longer the main draw for many young people. Logging in and socializing with their friends in Party Royale for the latest music tour will become the future of 2020.