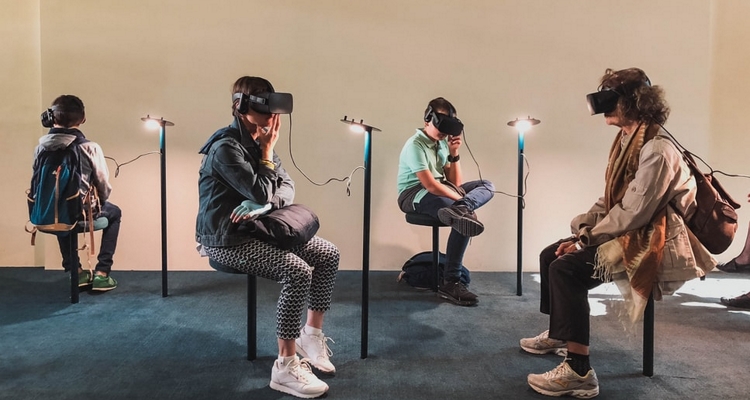 Apple is acquiring VR firm NextVR in a move that could signal a change in Apple Music content.

NextVR is better known for its work with the NBA to produce basketball games in virtual reality. Apple revealed the deal to CNBC but did not disclose the terms of the agreement. 9to5Mac estimates Apple may have paid upwards of $100 million to acquire NextVR.

Is an Apple VR future coming to Apple Music with new VR content? Right now, major music streaming services like Apple Music and Spotify struggle to ‘be different.’ Initiatives like podcasts and opening platforms to more indie artists help somewhat, but VR is a true differentiator. Imagine being able to attend a virtual Coachella 2020 – but only if you’re an Apple Music subscriber.

The battle for exclusives is something the console gaming industry has dealt with for years. Now, it could slowly transform music services as they scramble to become different with exclusive content — especially as major labels discourage exclusive releases of straight-ahead albums and singles.  Accordingly, just as certain games like Halo and Horizon: New Dawn are associated with Microsoft and PlayStation – live festivals may snap up distribution deals with their streaming VR partners.

Apple has been working on its augmented reality headset, but nothing has materialized. The Apple VR push may be a move to embrace its ARKit framework, present in its most recent smartphones.

“NextVR is heading in a new direction,” the landing page for the company says. “Thank you to our partners and fans around the world for the role you played in building this awesome platform for sports, music, and entertainment experiences in virtual reality.”

Apple knows the value of virtual concerts and festivals amid the COVID-19 pandemic. Health experts say it could be upwards of 18 months before large festivals and music concerts are allowed to return. In that light, providing VR entertainment for a sector dying for new live events and music experiences could be the future. Fortnite is already experimenting with this through virtual concert partnerships with artists like Travis Scott.