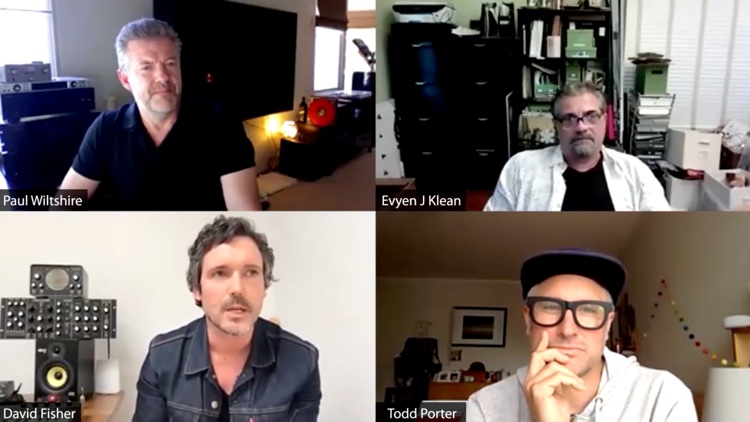 Between the postponement of most every crowd-based concert and the temporary closure of virtually all recording studios, as well as seemingly everything else, the coronavirus (COVID-19) crisis’ impact on the music industry has been unprecedented, to say the least. So how are three of the top music supervisors in the industry making things work?

Now, as many states and countries take preliminary steps to reopen their economies and resume semi-normal operations, artists are wondering more than ever what their near-term career prospects and earning potential will look like – not to mention how long it will take music to offer the same number of opportunities as it did pre-pandemic.

To provide artists and professionals with the answers and insight they need during this trying time, leading music licensing platform Songtradr recently hosted a “Happy Hour” roundtable event. Digital Music News was on-hand for the hour-long livestream, which invited three prominent music supervisors to enjoy their favorite beverages while discussing what music looks like from their perspective — particularly in terms of sync — and what they believe is on the horizon.

Hated Industries founder Todd Porter, who’s placed numerous artists in adverts and launched no shortage of careers, enjoyed what appeared to be an independent-label beer.

25-year music industry veteran and current Songs for Film & T.V. chief creative director David Fisher, whose team has struck deals with the likes of Google, PlayStation, and Apple, opted for a hot beverage – though, the quick-moving conversation didn’t allow him to specify which.

And Songtradr founder Paul Wiltshire stayed refreshed with a gin & tonic balanced with La Croix sparkling water as he moderated.

Klean, with his direct, almost unprecedented connection to HBO and the television industry, confirmed what most fans and professionals already knew: “Once things got locked down, pretty much anything that was in pre-production, or anything in production, got shut down.”

And that means artists have fewer film and television sync opportunities available to them presently – a point that bears mentioning because sync can provide big-name and independent acts alike with major paydays and invaluable exposure.

But the silver lining, according to Klean, is that once film and TV production does resume, sync should pick up close to where it left off:

“I would have to say that the trend, even pre-pandemic, for so much content, so many streaming services, so many different platforms, has created quite a big demand for film composers, for writing songs,” and for all of music’s other talented professionals.

Although the going is tough currently, film and television’s sync potential will ultimately reignite; leading video streaming platforms have gained subscribers during the pandemic.

Until then, the continued strength of advertising-based sync should pick up a sizable portion of the slack.

Advertising’s Tone Has Shifted, But Its Volume (and Total Sync Deals) Has Held Strong

Despite the dramatic downturn in TV and film production, advertisements are just as popular as ever – even if their general tone has shifted.

“It [advertising production] hasn’t slowed down, but the context has changed,” Porter indicated.

Predictably, footage of large, intimate groups elicits a unique blend of feelings, ranging from nostalgia to unease, and does little to inspire confidence in the company at hand. These commercials have chiefly been put on ice, per Fisher and Porter, and more understanding, supportive adverts have supplanted them.

Fisher stated that Songs for Film & T.V. has been “extraordinarily busy,” because “brands have a need to share some compassion” through commercials.

Undoubtedly, advertisements’ generally short length and comparatively simple production process are well-suited for remote collaboration and creation. Thanks to the possibilities set forth by tech and ongoing demand from advertisers, artists still have a very real opportunity to nab sync contracts – and paychecks – amid the novel coronavirus crisis.

That said, Porter doesn’t believe that artists should intentionally alter their songs’ style in an attempt to “fit” the present day’s mood and enhance their sync prospects.

“This [the COVID-19 crisis] isn’t gonna last forever,” Porter noted in describing why artists should focus on expanding (not limiting) their new tracks’ reach – a point that Digital Music News explored in detail, albeit for different reasons, pre-pandemic.

Despite Today’s Challenges, Music – And Artists – Will Bounce Back

However, all three of the Happy Hour music supervisors remain confident that better things are on the horizon.

Technology is making it possible to create, perform, and earn from home. Streaming revenue and promotion (admittedly, the former leaves much to be desired) is beneficial, and on a grander scale, income-wise, so are sync deals. Via live streaming and social media, artists are staying in touch with their supporters.

Fisher, who signed three major record deals during his career as an artist, summed up these often-overlooked perks with a question: “What if it was 1982 right now?”

Fisher, Klean, and Porter might not have known it, but in connecting via webcam for the roundtable discussion, they also highlighted the music industry’s greatest strengths: creativity and innovation.

Unable to meet in person, the music supervisors simply met from their offices.

That’s because music’s artists and professionals are among the world’s most outside-the-box thinkers. They’ve overcome small and large problems alike in their quest to deliver entertainment, and not even a global pandemic can extinguish their limitless desire to collaborate, work, and bring joy to fans.

Artists are still creating. And every day they do so, they move one step closer to winning the battle against COVID-19.